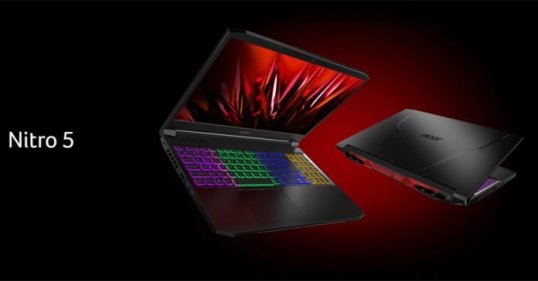 The Acer Nitro 5 gaming laptop with RTX 2060 has arrived in Nepal. It is paired with a 10th generation Intel Core i5 H-series processor. While the Nitro 5 was already available in a number of configurations, the RTX 2060 GPU variant was only recently introduced in Nepal. Let us now go over the Acer Nitro 5 2020 with RTX 2060 specifications, features, price, and availability in Nepal.

The Nitro 5 2020 has a 15.6-inch Full HD display. Despite the fact that it is a gaming laptop, it does not support a higher refresh rate. It also has two sides with thin bezels, giving it an 80 percent screen-to-body ratio. Because the Nitro 5 2020 is mostly made of plastic, the lid and armrest are easily stained with fingerprints and smudges. The keyboard is backlit and has RGB lighting in four zones.

It has an Intel Core i5-10300H CPU and RTX 2060 graphics for excellent gaming performance. The CPU operates at 2.50 GHz and can reach 4.5 GHz in Turbo mode (single-core). It comes with 8GB DDR4 RAM and a 1TB hard drive storage option. The Nitro 5 2020 is equipped with dual fans for faster heat dissipation and is compatible with the pre-installed NitroSense control center. In terms of connectivity, there are three USB 3.0 ports, one USB 3.2 Gen 2 port with power-off charging, an Ethernet port, and a 3.5mm audio jack.

In addition, the laptop comes with a 4-cell Lithium-Ion (Li-Ion) 3320 mAh battery that charges at a maximum power supply of 180 watts. 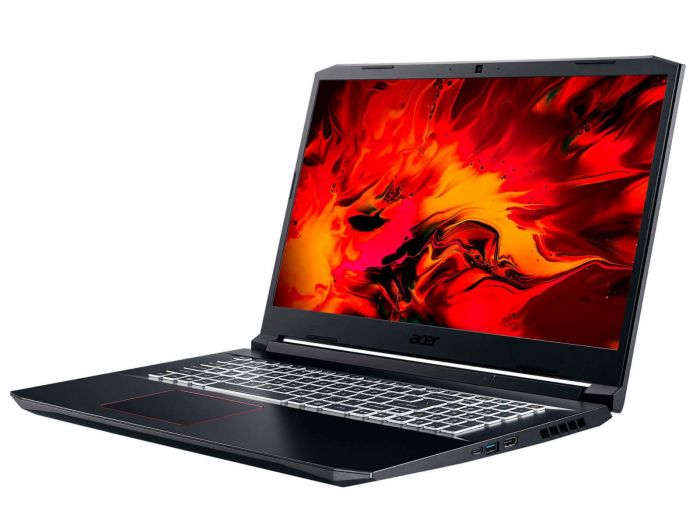 REALME SMARTPHONES YOU SHOULD CONSIDER UPGRADING TO

TELEGRAM TO LAUNCH GROUP VIDEO CALLING FEATURE IN MAY "Acer has a wide variety of laptops to choose from."

Acer has a wide variety of laptops to choose from, ranging from budget to ultra-high-end gaming taking the Aspire series, for example. Although they aren't the best there is, the specifications are good and they are attractive in comparison to the price. The Acer Aspire is the company's entry-level laptop line.

These devices are somewhat larger than the Swift series. You'll get the standard specifications, which include an Intel U-series CPU, an embedded GPU, SSD drive, and more. In contrast to the luxury aluminum/metal finish, the Acer Aspire series has a plastic build quality. Here is a list of Acer Aspire Series: The Acer Aspire 5 is a mid-range laptop that checks almost all of the boxes for a daily laptop: it does well in most activities, plays media well, and has a long battery life, all for a reasonable price.

Advantages and Disadvantages of Gaming Laptops, you need to know? "To become an animator, you must first have the power of imagination and creativity. Then all you need is a laptop with specs and hardware suitable for VFX editing."

With the adaptation of digital marketing by major businesses in Nepal companies are rapidly looking for people to make animation videos to sell their products.

To become an animator, you must first have the power of imagination and creativity. Then all you need is a laptop with specs and hardware suitable for VFX editing.

Acer’s product lineup consists of a few of the best gaming laptops, thin and light ultra-books, 2 in 1 convertible, notebooks, etc.

Acer has introduced various series of laptops in order cater to specific preferences of different kinds of users.

Following are some of the best Acer series available in Nepal.

Also read: 6 TIPS FOR TAKING CARE OF YOUR VACUUM CLEANER

Now the Predator Helios Series is best known for gaming and has been bestselling gaming laptops at their price. Why Acer Predator Helios 300 for animation?

You will need a laptop with a processor that is Intel i5 or above, and at least 8 GB RAM for the best animation outcomes.

Acer Predator Helios comes with 2060 RTX, which plays the biggest role when working with large-scale graphics and animation.

It is also equipped with custom-engineered cooling technology that reduces noise while increasing airflow.

The following specs are clear evidence that Acer Predator Helios 300 is best for animation and graphic design: 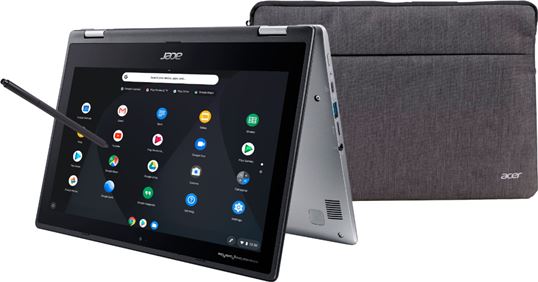 A necessity for children's education in 2021: Acer Chromebook Spin 11

"The criteria for laptops for kids can be ease of access to related programs or apps, spill-resistant keyboards, and less costly."

For the first time in recent history, national-level school exams like SEE had to be cancelled in 2020.

Adults, well most of us, did our best to keep our sanity intact.

But young kids need more than anything at that age is proper guidance.

Thankfully we live in a golden age of the internet and not all children had to spend their lockdown without schooling.

There is no place to learn and grow like the outside world, but we shouldn’t dismiss the value of something from which we can gain knowledge from.

The criteria for kids-friendly laptops can be ease of access to related programs or apps, spill-resistant keyboards, and less costly.

If your kids have to regularly stay online and stream educational videos online your Intel Core i3 processor should be enough.

First and foremost it’s a convertible laptop, so it can be used as a traditional notebook.

It supports Android apps and comes with a Wacom stylus for writing or drawing on a tablet mode screen.

It is super durable to handle the rough treatment it might receive from young ones.

The Chromebook 11 is made up of plastics so it can survive up to around 60 kg of weight, 11 ounces of liquid, and 48 inches of fall.

The outer design is aimed to be rugged to be more childproof. The battery can run up to 11 to 13 hours in a full charge, in case the child gets carried away in their school works or games or YouTube videos.

Its standard OS is Chrome OS, which is basically a web browser that works for the best while selecting a computer for children.

It is easier to learn to navigate through the programs as it is very similar to the software on android cellphones.

Performance-wise it may not be the best laptops out there, but it hits the right mark for studies and light entertainment.

The kids aren’t really concerned with the speed of the device, as long as their tasks are being done.