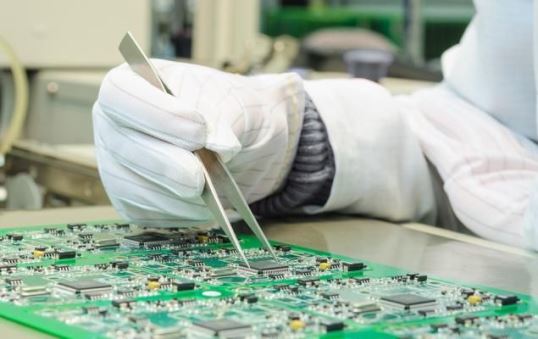 "The Alliance for Auto Innovation said in written responses to a government-initiated review that the U.S. Commerce Department should dedicate a portion of funding in a proposed bill to expand U.S. semiconductor production to auto sector needs"

A U.S. auto industry group urged the government to assist on Monday, warning that a global semiconductor shortage could result in 1.28 million fewer vehicles being built this year and disrupt production for another six months. The Alliance for Auto Innovation said in written responses to a government-initiated review that the U.S. Commerce Department should dedicate a portion of funding in a proposed bill to expand U.S. semiconductor production to auto sector needs.

In February, US President Joe Biden directed several Federal agency actions to address the chip crisis, and he is also seeking US$37 billion in funding for legislation to boost chip manufacturing in the United States. Some funds should be used to "build new capacity that will support the auto industry and mitigate the risks to the automotive supply chain evidenced by the current chip According to the group's CEO, John Bozzella, there is a "scarcity."

According to the group, the US government could allocate "a specific percentage – that is reasonably based on the projected needs of the auto industry – for facilities that will support the production of auto grade chips in some way."

After many cancelled orders during the coronavirus pandemic, automakers have been particularly hard hit by the global chip shortage.

“The big concern for the auto industry and Mahindra, and in fact for the world, is the semiconductor shortage. (It is) something that we’re very perplexed with, and something where the end is not clearly known as to when this fall will go away,” Pawan Goenka, MD and CEO of Mahindra & Mahindra, said during a press conference on the company’s Q3 results, on February 5. This is while the demand for automobiles remains buoyant, with no sign of it slowing down, he had said. The semiconductor shortage is expected to be normalised only by June-July, Rajesh Jejurikar, Executive Director - Automotive & Farm Equipment Sector, M&M, had said then.All major players in the passenger vehicle industry are witnessing pressure on production volume amid supply constraints due to this shortage, said Ashish Modani, Vice-President, ICRA Limited. Because of inadequate supplies and strong automotive demand, the waiting period has crossed six months for certain models/variants, he added.

“Car companies had already undertaken a price hike in January due to the rise in input costs, and a further price hike would remain a key monitorable depending on the supply scenario of semiconductors”, said Hetal Gandhi, Director, CRISIL Research.