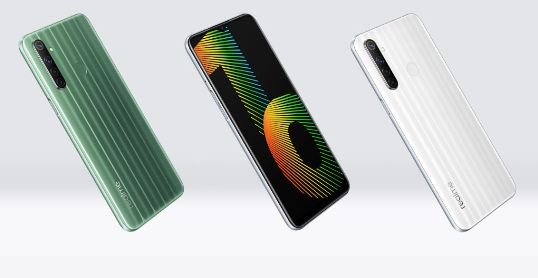 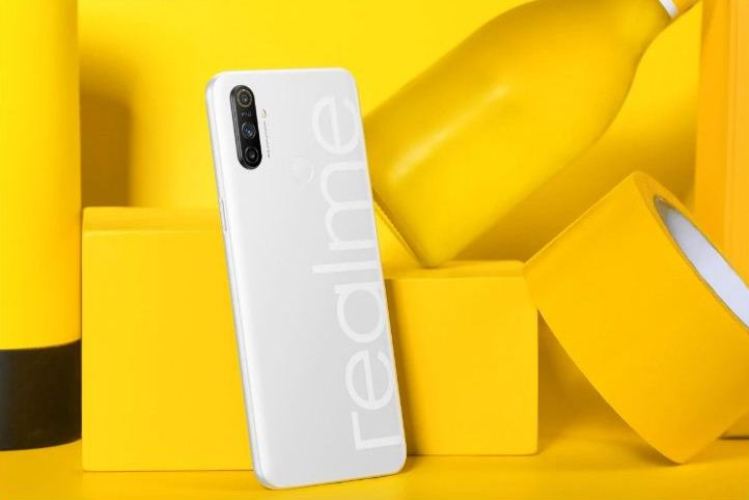 The dual-SIM (Nano) Realme Narzo 10 runs Android 10 with Realme UI on top and features a 6.5-inch HD+ (720x1600 pixels) Mini-Drop display with a 20:9 aspect ratio and 89.8 percent screen-to-body ratio. The display panel is protected by a 2.5D Corning Gorilla Glass. Under the hood, the phone has an octa-core MediaTek Helio G80 SoC, coupled with Mali G52 GPU and 4GB of LPDDR4X RAM. The phone has the quad rear camera setup that includes a 48-megapixel primary sensor with an f/1.8 lens and an 8-megapixel secondary sensor with an f/2.25 lens that has a field-of-view (FoV) of 119 degrees. The camera setup also includes a 2-megapixel monochrome portrait sensor with an f/2.4 lens and a 2-megapixel macro shooter with an f/2.4 aperture.

For selfies and video calls, the Realme Narzo 10 has a 16-megapixel camera sensor at the front, along with an f/2.0 lens. The selfie camera also supports HD (720p) video recording at 30fps frame rate. However, the rear camera setup supports full-HD (1080p) video recording.

The Realme Narzo 10 has 128GB of internal storage that is expandable using a dedicated microSD card slot. Connectivity options on the phone include 4G LTE, Wi-Fi 802.11 b/g/n, Bluetooth v5.0, GPS/ A-GPS, and a USB Type-C port.There is also a fingerprint sensor at the back of the phone. Realme has provided a 5,000mAh battery on the Narzo 10 that supports 18W Quick Charge.

The dual-SIM (Nano) Realme Narzo 10A comes with Realme UI based on Android 10 and has a 6.5-inch HD+ (720x1600 pixels) display with a 20:9 aspect ratio and Corning Gorilla Glass 3 protection. The phone is powered by an octa-core MediaTek Helio G70 SoC, paired with 3GB of RAM. For photos and videos, there is a triple rear camera setup that houses a 12-megapixel primary sensor with an f/1.8 lens. The camera setup also has a 2-megapixel portrait shooter with an f/2.4 aperture and a 2-megapixel macro shooter that also comes with an f/2.4 aperture.

The Realme Narzo 10A has a 5-megapixel selfie camera at the front. The cameras on the Realme phone support features such as AI Beautification, HDR, Panorama, and Timelapse. Furthermore, there is up to full-HD (1080p) video recording support with 30fps frame rate.

The Realme Narzo 10A has 32GB of onboard storage that is expandable via a dedicated microSD card slot. Connectivity options on the phone include 4G LTE, Wi-Fi, Bluetooth v5.0, GPS/ A-GPS, and a Micro-USB port. Users get a 5,000mAh battery on the Realme Narzo 10A that supports reverse charging.

Realme Narzo 10 Specs at a glance:

Realme Narzo 10A Specs at a glance:

Realme Narzo 10, Narzo 10A price and availability in Nepal

Top 5 phones under 20k in Nepal with Price and Specs