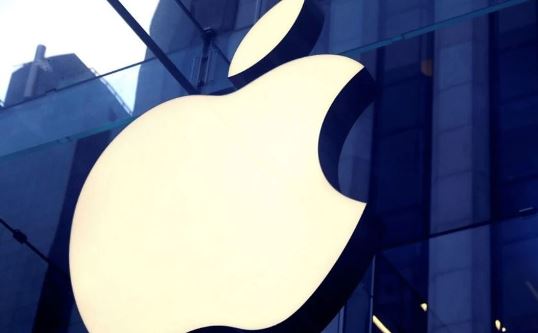 "Apple is subject to four probes by the European Commission, three of which are into its App Store and its restrictive rules."

Facebook and Microsoft's grievances over how their gaming apps appear on Apple's App Store may feed into an EU investigation into the iPhone maker's business as EU antitrust regulators said such concerns are on their radar.

The European Commission in June opened four probes into Apple, three of which are into its App Store and its restrictive rules, including requirements that app developers use its own in-app purchasing system.

US social media giant Facebook and Microsoft are the latest companies to voice concerns about the rules, which have drawn criticism from app developers who say they create an uneven playing field to compete with the iPhone maker.

Asked about Facebook and Microsoft's issues with Apple, Commission spokeswoman Arianna Podesta said in a statement: "The Commission is aware of these concerns regarding Apple's App Store rules."

She did not provide details.

Apple dismissed criticism of its App Store rules, saying that all apps are reviewed against the same set of guidelines whose aim is to protect customers and provide a fair and level playing field for developers.

Facebook last week said its gaming app was only available on Apple's App Store as a streaming service and that users will not be able to play games.

Microsoft, which has a game-streaming service called Project xCloud said: "Apple stands alone as the only general-purpose platform to deny consumers from cloud gaming and game subscription services like Xbox Game Pass."

"It consistently treats gaming apps differently, applying more lenient rules to non-gaming apps even when they include interactive content," it added in an emailed statement.

Apple Inc and Google said they are putting stronger privacy protections in their upcoming contact-tracing tool for Covid-19 and that an early version will launch for developers next week.

The companies said the system’s tracking keys — a string of characters linked to a user’s device — will be generated in more random ways, and that Bluetooth data will now be encrypted, making it more difficult for individuals to be identified by hackers. Apps using the tool will also now limit the recording of the time people are exposed to an infected person to a maximum of 30 minutes.

The system unveiled two weeks ago, will add technology to the iOS and Android operating systems that alert users if they have come into contact with a person with Covid-19. The companies are now calling the technology Exposure Notification, a term they said more accurately describes the functionality.

The first phase — tools for public health apps to add contact tracing — will launch publicly in mid-May after an early beta version of the software is released to developers next week. In the coming months, the technology will be embedded more deeply into the Apple and Google operating systems to be less reliant on apps.

The companies also explained that if a person inputs that they have tested positive for Covid-19 into the system, they will be added to a positive diagnosis list so the system can notify other people they have come into contact with. They reiterated that the system doesn’t reveal a user’s identity or location to Apple or Google.

The companies are also adding new features for public health developers to build contact-tracing apps. The system will give apps data on the strength of Bluetooth signals so the distance between devices can be more accurately estimated. Developers will also be able to specify distance and time to determine what constitutes Covid-19 exposure for their apps. The tool will also determine how many days since a person has been exposed.

Apple said that the software update to enable the system will work on devices released in the last four years. Google said the tool will work with Android 6.0 or higher, which covers about 2 billion gadgets.