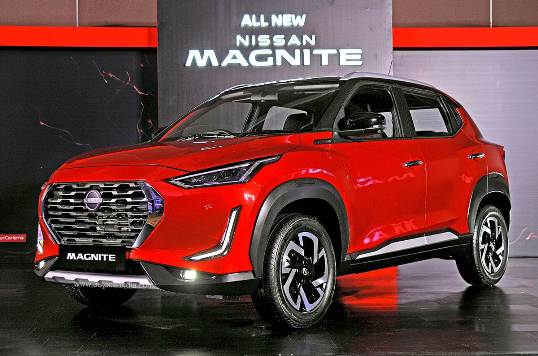 Pioneer Moto Corp Pvt. Ltd, the sole authorised distributor for Nissan and Datsun in Nepal, has launched the most-awaited Nissan Magnite sub-compact SUV in Nepal. Nissan Magnite has got a four star rating in the crash test of Global Encap.

“The all-new Nissan Magnite marks the beginning of a new chapter in the Nissan NEXT strategy for the Nepali and the global market. Built on the philosophy of ‘Make in India, Make for the World’, the all-new Nissan Magnite comes with more than 20 first-in-class and best-in-segment features that provides consumers with a differentiated, innovative and accessible ownership experience,” said Sinan Ozkok, President, Nissan Motor India & South Asia Markets In-charge.

“With the launch of the all-new Nissan Magnite, Nissan has reached a memorable milestone in its customer-centric journey for the Nepali market. Specifically, for our discerning Nepali customers, we are offering the Big, Bold, Beautiful and ‘Carismatic’ SUV at a special introductory price of NPR 30,99,000. We believe that the all-new Nissan Magnite will be a disruptive game-changer that is high on technology and aspirations.” said Sandeep Sharda, Managing Director, Pioneer Moto Corp, First impressions are rather positive as the exterior design seems to be dazzling, similar to the concept. The grid is wider and taller than the other SUVs in the segment and gives the car a bolder stance from the front.

The chrome brackets around the grid will be standard even in the base version. Then there is a faux skid plate in silver touch with a black color above it.

There are LED headlights, L-shaped LED DRLs, and LED fog lamps and they make the front look more sporty. The Magnite is the first car to feature a new Nissan 2D logo. An all-black dashboard with contrasting silver is available for the Nissan Magnite. The 7-inch colored instrument display is the most interesting feature. The basic layout of the central dashboard is similar to that of the Renault Triber. But with funky parts, including the Lamborghini-inspired AC vents on top, Nissan has spruced it up.

The lights in the car are all LED, while the 7-inch fully digital instrument cluster and 8-inch infotainment system make the dashboard attractive. The 360 ​​degrees camera, which is available for the first time in the segment, will entice the customers.

Nissan Magnite is equipped with 1.0-litre, three-cylinder naturally-aspirated petrol engine, with a 5-speed manual gearbox. The engine’s expected to make around 72PS power and 96Nm torque and will come mated to a manual gearbox as standard.

The more powerful engine is a 1.0-litre turbo-petrol engine that makes around 97 bhp of max power and offer 160 Nm of peak torque. This engine also is available with a 5-speed manual transmission.