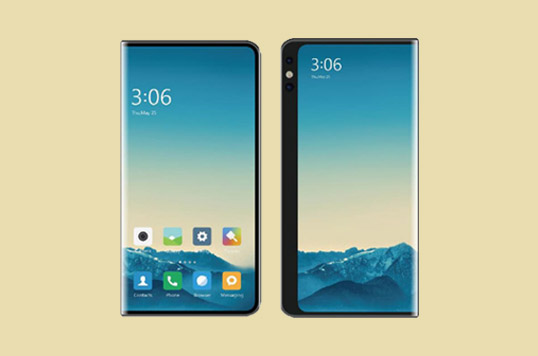 Xiaomi’s new patent for two smartphones was published by the WIPO (World Intellectual Property Office) recently. Both the Xiaomi smartphones in the patent appears to have a screen that wraps around the body in different directions.

The first phone in the patent looks similar to the Xiaomi Mi Mix Alpha Concept phone. Where Mi Mix Alpha had screen wrapped around on both the vertical edges, this phone has a wrap-around edge only on one side. The second device also has a wrap-around display but in a different direction. Instead of the vertical edge, the second device has wrap around screen on the top horizontal edge of the handset. For the camera module, both the devices have a punch hole cut. As there is a display on both sides, the main camera mode acts as the selfie camera for the phone.