"A revolutionary invention in the two-wheelers segment."

TVS Apache RTR 200 is a revolutionary invention in the two-wheelers segment. It has a potent engine and great overall quality. Though it could get better brakes, with all new innovations like smart connect path-breaking race-tuned fuel injection, and distinguished styling, you might find it a great companion for your ride. There is no improvement in the body working of the Apache. A rugged and moulded fuel tank, split seat system, and dual-barrel exhaust continues to offer. But it does get a fresh range of visuals featured on the rear light panel as well as on the fuel tank. The 2020 Apache RTR 200 4V is sold by TVS in two colour schemes-Gloss Black with red highlights and Pearl White, which also red highlights. Honda Hornet 2.0: Honda Hornet 2.0 is powered by a 184 cc air-cooled engine, which allows a maximum torque of 17 bhp and 16 Nm. This engine is combined with a five-speed gearbox and uses an integrated PGM-Fi (fuel injection) system with 8 sensors. In comparison, TVS Apache RTR 200 4V uses an oil-cooled engine of 197.75 cc that generates 20 bhp and 17 Nm. The bike is fitted with a conventional five-speed gearbox and slipper clutch.

If you need a bike to conquer potholes and a lot of speed breaker, Apache RTR 200 4V will be the better option as it has higher ground clearance(180mm) than hornet(167mm). The Honda Hornet 2.0 price in Nepal is expected to be Rs 3,60,000 since it was recently launched in India and is expected to be launched here shortly. 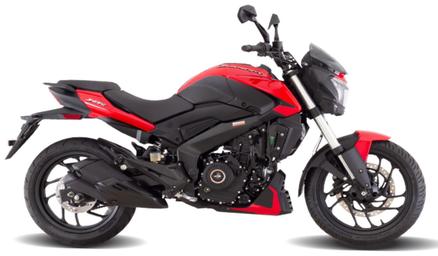 TVS Apache RTR 200 4V  is coupled to 5-gear speed transmission. In comparison to the TVS Apache 200 4V that has an all-digital instrument cluster, the Bajaj Pulsar NS 200 has an analog tachometer while the other majority of the components are digital.