"NTA has framed and implemented a Byelaw for the implementation of internationally prevailing cyber security standards."

Nepal has always been an easy target for hackers around the world. Previously, the servers of mercantile and banks have been hacked by international hackers. The government servers and Data Centers are also at high risk. Thus, it has become essential to protect the information systems and communication technology infrastructure from various types of cyber attacks and risks by adopting various internationally prevailing standards of cyber security. The Government of Nepal is also conscious of the need for cyber security standards.

So, exercising the authority given by Section 62 of the Telecommunications Act, 2053 (1997), the Nepal Telecommunication Authority (NTA) has framed a Byelaw- “Cyber ​​Security Byelaw, 2077 (2020)” and has implemented it right away. The Byelaw is implemented to ensure the cyber security standards in order to protect ICT Infrastructure and Information Systems of Telecommunication Service Providers of Nepal from various malicious attacks and threats, and build trust and confidence of users towards using ICT technology and services.

NATIONAL STRATEGY FOR E-COMMERCE APPROVED BY THE GOVERNMENT "Nepal Telecom will provide SIM cards free of cost to Nepalis returning home from abroad in the aftermath of the global coronavirus pandemic."

Nepal Telecom will provide SIM cards free of cost to Nepalis returning home from abroad in the aftermath of the global coronavirus pandemic.
The telecom will distribute cost-free SIM cards to the foreign-returnees by establishing booths at 20 transit points for those returning home from India and at the quarantine venue and holding centres that the government is going to set up for accommodating the foreign-returnees coming by air route, Nepal Telecom stated in a press release.
Nepal Telecom's spokesman Rajesh Joshi said the state-owned telecom company has managed 100,000 such SIM cards for now. One will have to produce a copy of citizenship certificate, passport, driving license, travel document or any other identity document for obtaining the SIM card.
According to Joshi, the free SIM cards can also be provided to foreign-returnee Nepalis on the basis of their relatives' identification documents in case they are unable to produce their own documents. NTC is also providing free Wi-Fi service at the eight holding centres the government has set up in the Kathmandu Valley for accommodating the foreign-returnee Nepalis entering via the Tribhuvan International Airport. " Japanese carmaker Honda said that it has been hit by a cyberattack that disrupted its business in several countries, though it expects the overall impact to be contained."

Japanese carmaker Honda said Tuesday that it has been hit by a cyberattack that disrupted its business in several countries, though it expects the overall impact to be contained.

The company said in a statement that “a cyberattack has taken place on the Honda network.″ It said there was no breach of data, but that it is working to “minimize the impact and to restore full functionality of production, sales and development activities.″

“At this point, we see minimal business impact,″ the company said.

Production in Japan is back to normal, after being disrupted Monday morning, and it is also expected to resume Tuesday in North America.

Production at Honda’s U.K. factory in Swindon has been suspended during the COVID-19 lockdown and the attack is not expected to significantly alter its plans to resume operations this week.

Honda Motor Co. makes its popular Civic model at the factory, 115 kilometers (70 miles) west of London, with an output of 150,000 cars per year. The plant will permanently close next year with the loss of 3,500 jobs amid a restructuring aimed at adjusting its operations to reflect stronger demand in Asia and North America.

Like other carmakers, Honda has struggled to deal with the COVID-19 pandemic and the efforts to return to production. It reported deep losses for the fiscal quarter that ended in March, as the damage to the industry from the outbreak hurt sales and crimped production.

The attack also comes as automakers face pressure to invest large amounts of money in new technologies such as electric and autonomous cars to meet air pollution limits in Europe and China and fend off competition from tech companies. 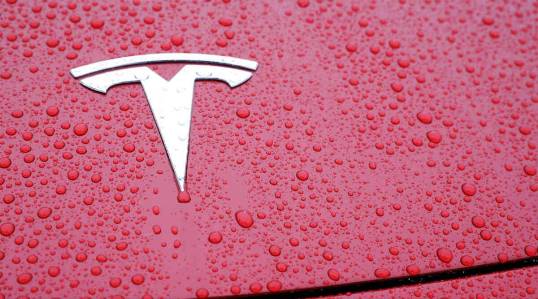 Elon Musk said on Thursday that Tesla Inc’s (TSLA.O) factory in Nevada was a target of a “serious” cybersecurity attack, confirming a media report that claimed an employee of the company helped the Federal Bureau of Investigation(FBI) thwart the attack.

News website Teslarati said that the electric carmaker was the unnamed company in a statement issued by the U.S. Department of Justice on Tuesday about a Russian national's arrest, in connection with a planned attack on an unidentified company.

“This was a serious attack,” Musk said in a tweet, in response to the Teslarati article.

The Justice Department said that Egor Igorevich Kriuchkov, 27, a Russian national, was arrested and charged with conspiracy to intentionally cause damage to a protected computer by trying to recruit an employee to introduce a malware into a system.

The malware was aimed at extracting data from the network and then to threaten the company for ransom money, the statement said.

According to the Justice Department, Kriuchkov had promised the employee an incentive of $1 million upon introducing the malware into the system.

But the employee alerted the FBI, who were successful in thwarting the attack, a complaint filed by the FBI’s Las Vegas Field Office showed.

BATTERY PRODUCTION: HOW THE HEART OF AN ELECTRIC CAR IS MADE

TOP 5 PICKUP TRUCKS IN NEPAL | SPECIFICATIONS AND PRICE IN NEPAL

HOW FEASIBLE ARE ELECTRIC VEHICLES IN NEPAL?