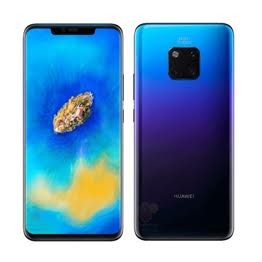 "The future is now."

With gentle curving glass sides sandwiching over a sturdy aluminum frame and notches in the displays, Huawei seems up to date with the latest design trends. The most notable change from the previous Mate 10 series is the camera setup at the back, with a two-by-two grid sporting 3 cameras (the third one is a wide angle lens) and a camera flash.

With flagships starting to look astonishingly similar the Mate 20 series brings a breath of fresh air with its slightly different design. The Mate 20 and Mate 20 X comes with a dewdrop notch to house the camera, whereas the Mate 20 Pro has a tradition notch to accommodate the camera and an advanced 3D depth-sensing array for a more secure face unlock. All three phones have 128 GB internal storage option; however, both the Mate 20 Pro and Mate 20 X ships with 6 GB RAM whereas the Mate 20 come with an option for 4 or 6 GB RAM. The internal storage is expandable up to 256 GB but with a non-tradition nano-memory card instead of a Micro SD Card.

On the performance front, all three phones sport the same 8 core Kirin 980 CPU; which Huawei claims to have performance boost and 40 percent more power efficiency compared to the previous Kirin 970

Huawei is also focusing on an A.I powered future and so have included two neural processing units (NPU’s) for a real-time image processing and object recognition for both images and videos. Huawei claims the Dual NPU setup will increase the A.I performance by up to 134 percent. The A.I will also be able to automatically switch between the ultra wide angle and telephoto lens according to the subject. : ONEPLUS 6T: QUINTESSENTIALLY THE BEST BANG FOR YOUR BUCK

: NOVA3I: THE I STANDS FOR IMPRESSIVE