Plug and charge: Number of electric car charging station increasing in US

With more than 40 fully electric vehicles on the market in the U.S. or coming within the next three years, however, auto and charging company executives say the demand is on the way.

“The automakers, more and more of them are committing to manufacture electric vehicles,” said Mike Moran, spokesman for Electrify America, a network of charging stations being built with $2 billion in settlement money from Volkswagen’s diesel emissions cheating scandal. “Last year automakers announced a combined $225 billion in investments in electrification.”

But the country, and the world, will need thousands more if drivers are going to adopt vehicles powered by batteries alone. And because they’re being asked to invest before that demand arrives, automakers and charging companies are struggling to raise the numbers.

Currently electric vehicles make up only about 1.3% of total new vehicle sales in the U.S., according to the Edmunds.com auto site. Electrics are much bigger in other countries, accounting for 2.6% of global new vehicle sales last year, the International Energy Agency says.

On Friday, General Motors and charging company EVGo announced plans to add about 700 fast-charging stations, tripling the number on the EVGo network over the next five years. They wouldn’t say how much they’ll invest, but plan to add 2,700 fast-charging plugs. 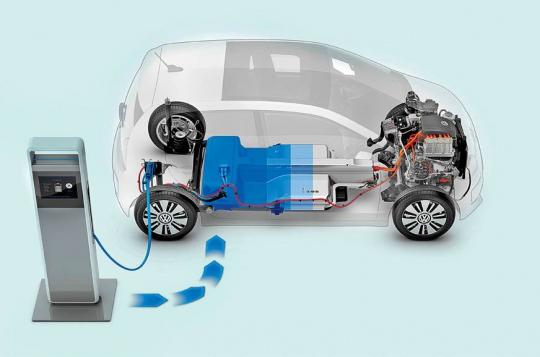 How feasible are Electric Vehicles in Nepal?

"Rakesh Pradhan, the senior marketing assistant of NIU electric scooter states, "We are trying to collaborate with engineering colleges so that they can study the batteries and the way to dispose them correctly. For now, most of the batteries are sent back"

Government of Nepal is giving incentives to import electric vehicles as an encouragement for the clean, green and healthy city environment. We are excited to see green vehicles hitting the road. Big companies like Hyundai, Kia, Mahindra have already started importing the electric cars as taxes for such vehicles have been waived in a large amount. But as usual, is this plan going to sustain in the long run?

When we see an electric vehicle, we picture batteries and a clean environment. The slow and steady eradication of fossil fuel-generated vehicles would not only save the non-renewable resources but also make the country pollution-free. But thinking ten years ahead from now, electric vehicles would also be a source of pollution as there is no proper policy with regard to disposal of the batteries.

The chemical combination varies from battery to battery but their prime constituents are mercury, nickel, cadmium, lead, electrolytes, and lithium. When they are disposed in trash, the batteries end up in landfills. As the battery casing corrodes, the chemicals reach the soil and make their way into the water supply. Also, the lithium-ion batteries act volatile when exposed. In accordance to Battery University, the lithium can cause landfill fires and burn underground for years. Such burns release toxic chemicals into the air and increases the potential for human exposure. Rakesh Pradhan, the senior marketing assistant of NIU electric scooter states, "We are trying to collaborate with engineering colleges so that they can study the batteries and the way to dispose them correctly. For now, most of the batteries are sent back to China to the NIU University. Similarly, Diwakar Regmi, the showroom head of Hyundai Motors states that "The policies need to change for the betterment of environment of the country. The long term plans haven’t been brainstormed yet."

We are still in the traditional era. Many people have adapted to the profession of repairing bikes and cars to earn their livelihood. They have trained themselves to repair those petrol and diesel induced vehicles. With the introduction to the electric vehicles, they are at the high risks of getting out of their jobs. Raju Shrestha, the owner of Shrestha Repair Centre, Kuleshwor, states, "The people like us are not at risk for about ten years from now. However, with the increase of electric vehicles, the government should consider training them in this technical field too."

Nepal Electricity Authority (NEA) is set to install ten charging stations for the instant recharging of the electric vehicles. The utility will be owned by the state and the Office of Energy Efficiency and Leakage Control of NEA is speeding up for the finalizing of the locations. "Bhesh Bahadur Thapa, the Chairman of Sundar Yatayat states that six vehicles can be charged at once from the charging station that has come into operation."

Sajha Yatayat, a private sector for transportation has planned to operate four electric buses in Kathmandu from 9th of September.

Dinesh Kumar Ghimire, Secretary at the Ministry of Energy, Water Resources and Irrigation has inaugurated the charging station in a program on 3rd of September. According to him, this policy was brought to reduce the importing of petroleum products and exploit the electricity that is produced in Nepal. Bhesh Bahadur Thapa, the Chairman of Sundar Yatayat states that six vehicles can be charged at once from the charging station that has come into operation.