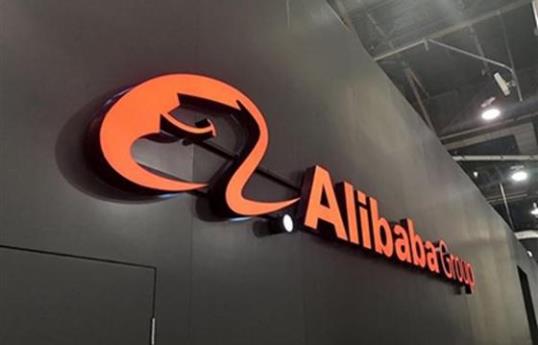 "The suspension of Ant’s IPO prompted suggestions that Beijing might be punishing Ma while also tightening controls on potentially risky finance industries."

The chairman and CEO of e-commerce giant Alibaba Group praised Chinese regulators Monday in a possible attempt to repair ties after the stock market debut of its former financial services arm was suspended following criticism of them by billionaire Alibaba founder Jack Ma.

Beijing’s announcement of proposed guidelines to enforce anti-competition law against internet companies is “timely and necessary,” Daniel Zhang said in a speech at the government-organized World Internet Conference in Wuzhen, a scenic town in Zhejiang province, just south of Shanghai.

Regulators jolted financial markets on Nov. 3 by suspending the market debut of Ant Group, the world’s biggest online finance platform. That followed a speech in which Ma criticized regulators as backward and an obstacle to business development. The suspension of Ant’s IPO prompted suggestions that Beijing might be punishing Ma while also tightening controls on potentially risky finance industries.

Ma has yet to publicly comment on the matter since the suspension of Ant Group’s IPO.

On Nov. 10, regulators followed with an announcement of proposed guidelines on how anti-competition would apply to internet companies. They highlighted potential areas regulators might target including exclusive contracts.

The move to regulate the monopolistic power of China’s technology giants sparked a sell-off in Chinese internet stocks. Alibaba’s stock price in Hong Kong plunged about 10% following the announcement.

Zhang succeeded Ma in 2019 as Alibaba’s chairman, and concurrently holds the role of CEO. Alibaba owns a third of Ant Group, with Ma owning just over 50%, according to the Ant Group prospectus.

Zhang said the success of Chinese internet industries was due to government policies to encourage innovation — a sharp departure from Ma’s complaint that regulators were too focused on risk and were failing to create opportunities for young people.

“Supervision allows platform enterprises to not only develop well on their own, but also helps the sustainable and healthy development of the entire society and creates innovation,” said Zhang.

HOW TO CHOOSE CURTAIN FOR YOUR ROOM?

THINGS TO CONSIDER WHILE BUYING A GEYSER AND WATER HEATER "A multi-national company like Xiaomi, having a good fan base in Nepal if imports such as electric mopeds and scooters in an affordable price would surely make a huge difference."

Xiaomi, the company famous for its gadgets and smartphones launched a new electric moped in China. It is no surprise that Xiaomi is climbing the ladders of the hierarchy in terms of technology with its affordable and quality products. The new launch of the electric moped makes them a multi-dimensional product manufacturing company.

The moped is named Himo T1, which is currently priced at 2,999 CNY (Chinese Yuan) which is roughly NRS 50,000, but the inclusion of tax, vat and custom duty adds way more value than the direct conversion. Although the concept of e-bikes and scooters is not so popular in the Nepalese markets, few entrepreneurs are trying to adopt such trends which not only reduces the consumption of petrol and diesel but controls environment at its best. A multi-national company like Xiaomi, having a good fan base in Nepal if imports such as electric mopeds and scooters in an affordable price would surely make a huge difference. "The first batch of essential medical supplies donated by the Jack Ma Foundation and the Alibaba Foundation for Nepal arrived in Kathmandu at the Tribhuvan International Airport today."

The first batch of essential medical supplies for CoronaVirus (Covid-19) donated by the Jack Ma Foundation and the Alibaba Foundation for Nepal arrived in Kathmandu at the Tribhuvan International Airport today. The Ministry of Health and Population of Nepal took receipt of the supplies and will distribute them throughout the country.

This delivery is part of the donation of essential medical supplies by the two Foundations to 23 Asian countries totalling 7.4 million masks; 485,000 test kits; 100,000 sets of protective clothing along with other medical equipment.

Mr Lino Ahlering, Managing Director for Daraz in Nepal acting on behalf of the two Foundations took part in a ceremony today during which the donation was presented to the Ministry of Health and Population. Also present to witness the presentation in support of this private philanthropic initiative were Her Excellency Ms Hou Yanqi, Ambassador Extraordinary and Plenipotentiary of the People’s Republic of China in the Federal Democratic Republic of Nepal and Hon’ble Mr Bhanu Bhakta Dhakal, Minister for Health and Population.

“We hope this donation will help Nepal contain the spread of Covid-19 (CoronaVirus). We are making our best effort to support the global community. It is not easy to source and transport medical supplies to where it is needed the most, but we are working hard to get it done,” said the Jack Ma Foundation.

These donations are among a number of aid initiatives from the Alibaba Foundation and the Jack Ma Foundation to support the areas of the world affected by the Covid-19 crisis, sourcing and delivering various types of medical supplies to countries across Asia, North America, Latin America, Europe and Africa. More initiatives and donations may be announced in the coming days and weeks.

The Jack Ma Foundation and Alibaba Foundation also supported the publication of a handbook with key lessons and experience from doctors, healthcare workers, and hospital administrators at the First Affiliated Hospital, Zhejiang University School of Medicine (FAHZU), who were on the frontline of Covid-19 treatment in China and crucial to slowing its spread.

The CoronaVirus handbook is available for global medical health professionals at https://covid-19.alibabacloud.com/ "China on Tuesday launched the final satellite in its Beidou constellation that emulates the U.S. Global Positioning System, marking a further step in the country’s advance as a major space power."

China on Tuesday launched the final satellite in its Beidou constellation that emulates the U.S. Global Positioning System, marking a further step in the country’s advance as a major space power.

The launch of the satellite onboard a Long March-3 rocket was broadcast live from the satellite launch base of Xichang, deep in the mountains of southwestern China, shortly before 10 a.m. About half an hour later, the satellite was deployed in orbit and extended its solar panels to provide its energy.

The third iteration of the Beidou Navigation Satellite System promises to provide global coverage for timing and navigation, offering an alternative to Russia’s GLONASS and the European Galileo systems, as well as America’s GPS.

China’s space program has developed rapidly over the past two decades as the government devotes major resources toward developing independent high-tech capabilities — and even dominating in fields such as 5G data processing.

The first version of Beidou, meaning “Big Dipper,” was decommissioned in 2012. Future plans call for a smarter, more accessible and more integrated system with Beidou at its core, to come online by 2035.

In 2003, China became just the third country to independently launch a crewed space mission and has since constructed an experimental space station and sent a pair of rovers to the surface of the moon.

Future plans call for a fully functioning permanent space station and a possible crewed flight to the moon, with its first attempt to send an orbiter and rover to Mars possibly coming as early as next month. If successful, it would be the only other country besides the U.S. to land on Earth’s closest planetary neighbor.

The program has suffered some setbacks, including launch failures, and has had limited cooperation with other countries’ space efforts, in part because of U.S. objections to its close connections to the Chinese military.