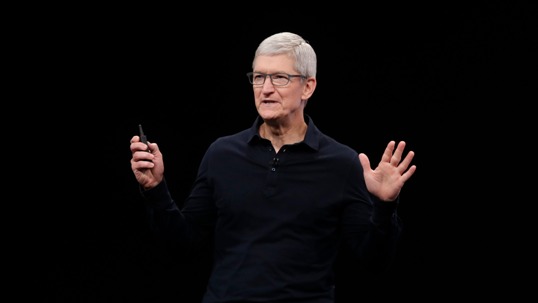 Apple, the world pioneer in information technology, is highly likely to get into the automotive market. The American company is currently planning to use a business model similar to its iPhone output to build self-driving electric vehicles produced by an automaker under a tie-up agreement.

A potential Apple Car is believed to have an impact on the automotive industry's competitive environment. In the US, strong investor interest has been attracted by companies such as Velodyne LiDar, a manufacturer of light detection and ranging (lidar) sensors that serve as the "eyes" of self-driving cars. In China, investors rushed to the world's largest electric vehicle battery maker, Contemporary Amperex Manufacturing, and other suppliers of EV-related components.

An Apple Car will be a "collection" of high technology, said analysts at American and European auto market research firms, indicating that it is possible to shift suppliers of key automotive components.

Through the use of smartphone creation and manufacturing know-how to build automobiles and through the horizontal division of production, the Apple EV project is expected to have a more serious impact on the car industry. Though outsourcing manufacturing to businesses such as Hon Hai Precision Industry, a top Taiwanese electronics contract manufacturer, Apple will likely concentrate entirely on designing vehicles.

Apple is expected to commit itself, as in the case of iPhones, to overall design work, including self-driving technology, while outsourcing manufacturing. The strategy is likely to shake the current vertical integration business model of the auto industry, in which carmakers participate in the entire process from concept to production.

In China's auto market, the horizontal division of labor is already progressing. Baidu, a top Chinese internet company leading the development of self-driving technology, revealed on Monday that it would manufacture EVs on an original-equipment-manufacturing basis with Zhejiang Geely Holding Group, a major automaker in China. Magna International, a leading Canadian supplier of automobile parts that has progressed on behalf of car manufacturers to produce vehicles, is seen as a leading contender for producing the Apple Car. Allegedly, Taiwan's Foxconn, which has collaborated with Apple in the development of smartphones, also wants to win the contract.

The Apple initiative has gained attention from automakers as well. South Korea's Hyundai Motor said Friday that it is in early talks with Apple over a tie-up to create an EV. If obtained, a large order for the manufacture of the vehicle would likely allow Hyundai to increase its capacity utilization rate and stabilize earnings.

But the project may threaten the dominance of carmakers at the top of the sector. An executive at a major Japanese carmaker cautioned that automakers can "become Apple's subcontractors and lose their originality."

On behalf of Didi, BYD agreed to manufacture EVs because it can expect to benefit by growing performance, an analyst from the auto industry said.

Although Asian businesses are beginning to move in an effort to capitalize on the Apple Car project, the question is whether Japanese companies are ready for it.

As in the case of smartphones and consumer electronics, there remains fear that Japanese companies will lose the initiative to Chinese and South Korean rivals.

TESLA, ALREADY WORTH $600 BILLION, RAISES ANOTHER $5 BILLION IN STOCK

ELECTRIC VEHICLES OWNERS HAVE TO PAY YEARLY TAX IN NEPAL 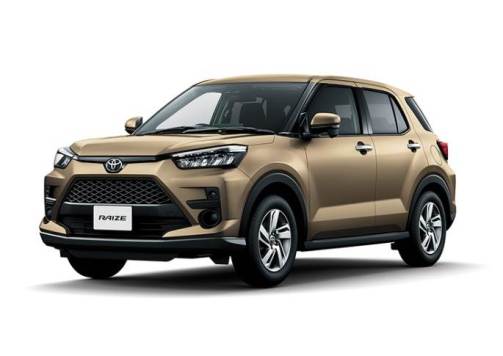 Suzuki and Toyota to Join Hands to Build SUV

Maruti Suzuki is set to launch a new SUV in collaboration with Toyota. The new SUV to be brought by the company is expected to be based on Toyota CHR.

As per the agreement reached between the two Japanese brands Toyota and Suzuki, Toyota has launched two Maruti Suzuki cars Baleno and Vitara Breza in India under Toyota's brand name. Mareuti Suzuki has given forward its production name 'D22'. The company will bring it to the market by putting it above Vitara Breza. BHP has claimed that it has started production at Toyota's plant in India. Its size will be like Kia Celtos, Hyundai Creta, Nissan Kicks.

According to reports, the company will launch it in two-wheel and all-wheel drive options. The company will give 1.5 liter petrol engine in Breza. The engine will provide 105 PS of power and 138 Nm of torque. It will have a 5-speed manual and automatic gearbox.

Maruti Suzuki is also developing a new crossover SUV on the Baleno platform under the code name 'YTB'. "MG's electric SUV EZS is currently being sold and distributed in the Nepali market."

MG (Morris Garage) is going to bring hatchback electric car. Autocar UK has claimed that the electric hatchback car to be brought to the market by the end of 2021 or the beginning of 2022.

The electric hatchback car to be brought by MG will be based on MG3. Autocar UK claims that the company will provide the battery technology. However, the battery and motor size will be slightly less than the EZS. MG is the company that has been aggressively advancing in electric SUV production in recent days. The company has given 44 kilowatt hour battery and 112 kilowatt capacity motor to EZS.

MG's electric SUV EZS is currently being sold and distributed in the Nepali market. Thus, the new electric hatchback car brought by the company can be easily predicted to come to Nepal.

The electric SUV currently being sold by MG is priced at Rs 59.99 lakh. MG's electric SUV has not been imported since the government raised tax rates. However, the company is taking bookings at its new price.

Paramount Motors, the official distributor of MG for Nepal, has been selling and distributing MG products.

THINGS TO CONSIDER WHILE BUYING A REFRIGERATOR

6 TIPS FOR TAKING CARE OF YOUR VACUUM CLEANER