Petrol vs Diesel car: 5 things to look before you choose

After being in a position to buy your own car, choosing a petrol or diesel engine car is one of the first decisions you’ll have to make before buying a new car. From a financial perspective, there’s now less and less difference between petrol and a diesel car. It is still true that if you look at pure fuel running costs, diesel will cost less. You will, though, have to have high annual mileages and use motorways more often to get the financial benefits.

This is because newer diesel vehicles now have higher tax, which can cost almost as much as the fuel savings you could make in a year, and there are also concerns over air pollution caused by diesel. That means that if most of your journeys are local and your mileage is lower, a small petrol car might be more suitable for you, especially if you’re looking to change vehicles in the next five years.

Here are some points to compare petrol vs diesel cars:

Cost of Petrol Vs Diesel Car

The diesel variant of cars cost more than the petrol variant. A diesel engine needs to maintain a higher compression ratio and handle greater vibration than the petrol engine, so the construction of the diesel engine is more rugged and are costly than the petrol engine. For example, cars which cost less than 10 Lakhs, the showroom price between diesel and petrol variants differs from 2 to 2.5 Lakhs. The difference in the on-road price of petrol and diesel car variants will be even more. This higher initial cost has a major significance in the overall economics of choosing a model and depending on the cost of the vehicle and where it is purchased.

Mileage of Petrol vs Diesel

Diesel engines tend to return more kilometres per litre than a similarly sized petrol motor.so we can say the mileage of the diesel engine is more than that of a Petrol engine. This factor tends to be the sole reason the majority of us tend to go for a diesel variant.  A diesel engine does not need a spark plug and thus has higher compression. This makes the diesel engine utilise more fuel as compared to a petrol engine. The better mileage of a diesel engine makes it easy to cover the extra cost of the car paid initially, but with the increasing cost of cars, the time required to recover this cost has increased.

The maintenance cost of diesel cars is higher than petrol cars. This is because consumables like engine oil and spares used in diesel vehicles are more expensive. Also, keep in mind that newer diesel has a special filter fitted to help prevent pollution. It’s called a diesel particulate filter (DPF). These can clog if the vehicle isn’t used regularly on a motorway, and is costly to fix or replace. This means if you don’t use motorways often, a diesel might not be for you. The resale value of a used diesel car is higher than that of a petrol car. However, the life of a petrol engine is more than a diesel engine.

The price difference between Petrol vs Diesel

Since last one year, the prices of diesel and petrol have seen a big hike in Nepal. Fluctuation in price shows that the difference between both is reducing day by day, the difference in both is about 14 Rs per litre and is further decreasing day by day. The lower diesel price is a reality, with the price difference between a litre of petrol and diesel generally hovering 14 rupees. However in the long run, if you have to drive for a longer distance in a smaller span of time choosing Diesel engine car will be more beneficial.

In the end, it's not possible to say which is better, petrol or diesel engines, because it's very much a case-by-case, or car-by-car thing, and it also comes down to personal preference. Some people just can't stand the sound that diesel engines make, particularly under strain, so they'll never buy one. Although some high-end brands, now make diesel that are so quiet you can barely tell which engine you're driving without putting the windows down.

Besides that, there are now many alternatives to petrol and diesel cars. Technological advances are beginning to make alternative energy vehicles a realistic alternative to petrol and diesel ones. With hybrid, electric, hydrogen fuel cell and LPG powered vehicles, there’s more choice than ever, some opportunities to save money, and there are of course significant environmental advantages to using this kind of vehicles. 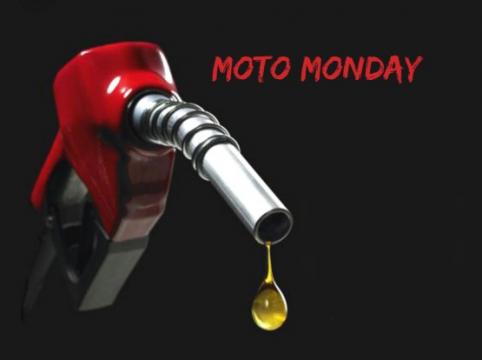 Tips to Save Petrol in Bike | Minimize Fuel Consumption

"Minimizing the petrol consumption is one of the major tricks to all the bike riders."

Bike and petrol are two parts of the same coin. The bike enthusiasts purchase a bike to travel up to their destination but petrol plays a huge part in their life. Minimizing the petrol consumption is one of the major tricks to all the bike riders.

Today we shall provide you with the tips to minimize petrol consumption for the bike.

Maintain Carburetor and filter of bike

The carburetor and filter should be regularly monitored and maintained. The dirt and dust around the city seem to collect around the carburetor passing the filter which obstructs the regular flow of petrol to the engine. This results in overconsumption of petrol in the bikes.

Kill your engine when the bike is stationary

There are times such as traffic jams, traffic light, and important phone calls at which your bike need to be stopped. In such situations, it is better to put your bike in neutral and kill the switch. Even the motionless bike engine consumes petrol which can now be controlled. We understand the necessity of clutch, brakes, and gear in a heavily crowded city like Kathmandu. All three parts must be used at all times. The clutch needs to be pressed to avoid the killing of the engine in a jam where you constantly need to brake and gear down to the lowest gear. Such activities consume more petrol than necessary. Hence, minimizing such usage when you can make a big difference in your consumption of petrol and a fat wallet. Petrol is a substance that evaporates fast even if you keep it in a vessel. When you park your bike under the direct sun, the heat evaporates the petrol at a fast rate. Therefore, try to avoid parking your bike when there is no shade above it. The tire pressure should also be regularly monitored. The pressure must be approximate as per the bikes tire type and capacity which is mentioned in the brochures. If the pressure tends to be high or low than required, the bike cannot give its best performance and consumes more petrol to provide the optimum show. WHAT IS HILL START ASSIST? HOW DOES IT WORK ?

WHAT ARE HYBRID ELECTRIC CARS AND HOW DO THEY WORK? Petrol, Diesel Price drops by Rs 2 per liter in Nepal

"Petrol, Diesel Price drops by Rs 2 per liter in Nepal"

Nepal Oil Corporation has adjusted the price of petroleum products. The meeting of the Board of Directors of the Corporation, which was held on Monday, has reduced the price of diesel, petrol, and kerosene and air-fuel from midnight.

The corporation has reduced prices of diesel petrol and kerosene by Rs 2 per liter in Nepal. Likewise, the price of air-fuel internally by Rs 4.50. However, LPG Gas and Air Fuel International retain the old value.

According to the new price, consumers will now have to pay Rs 95 per liter on diesel and kerosene, Rs 106 per liter on petrol and Rs 90 per liter on air-fuel (internal).

The impact on the global economy due to the Corona transition and the rift in oil prices between Saudi Arabia and Asia led to a sharp fall in crude oil prices in the international market.

The impact of falling oil prices in the international market was also seen in Nepal. What happens if you put diesel in your petrol car

"In countries like Nepal, we have a dedicated pump person to refuel our vehicles. Such problem may not arise, if in case it does, have you wondered what would happen?"

In countries where there are self-fueling pumps, people often get confused and put diesel in their petrol car and petrol in their diesel car. In countries like Nepal, we have a dedicated pump person to refuel our vehicles. Such problem may not arise, if in case it does, have you wondered what would happen?

Difference between petrol and diesel car

Firstly, petrol engines have spark plugs. When the car is started, these spark and ignite the evaporated fuel that mixes with the air inside the engine. This is, essentially, how an engine runs, with a series of mini explosions. A diesel engine does not have spark plugs, and rather works off a piston that compresses the diesel so much that heat is generated and it catches fire. petrol vs diesel

Diesel is heavier than petrol. Petrol is light so that it can evaporate easily and cause the sparks. What happens if you put diesel in your petrol car?

What happens if you put diesel in your petrol car?

As we mentioned earlier, diesel needs to be compressed for the heat to generate and the petrol engine works in a different order, chances are that your car will not start at all. If your car starts and runs a small distance, it is because your car still had a little petrol left. Even though the engine would not ruin due to this particular misfuelling, it would cause a serious damage.

What happens if you put petrol in your diesel car?

This type of misfuelling is serious in comparison to the previous one. Basically, diesel acts as a lubricator that smoothens the fuel pump and other internal components, putting petrol in such tank causes to have the opposite reaction.

Adding petrol to a diesel engine increases friction between parts, causing damage to the fuel lines and pump. If you drive away or even start the car with petrol in the mix, you could cause expensive damage to the engine.

What to do when you misfuel?

If in case, you misfuel the car with another type of fuel, stay calm and follow the followings:

HOW TO TAKE CARE OF YOUR CAR DURING LOCKDOWN ?

PLUG AND CHARGE: NUMBER OF ELECTRIC CAR CHARGING STATION INCREASING IN US