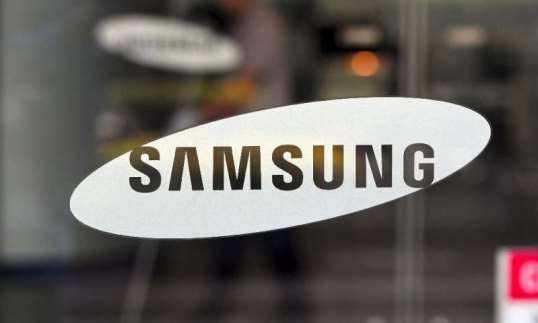 "The overall turnover of the wider Samsung group is equivalent to a fifth of South Korea's gross domestic product."

The firm is the flagship subsidiary of the giant Samsung Group, by far the biggest of the family-controlled conglomerates that dominate business in the world's 12th largest economy, and it is crucial to the South's economic health.

The figures -- which beat expectations according to Bloomberg News -- come as the coronavirus pandemic wreaks havoc across the world economy, and with the trade-dependent South having entered a recession for the first time in 17 years due to plunging exports. But lockdowns imposed around the world -- especially in Europe and the US -- have boosted Samsung Electronics' chip business with data centres moving to stockpile DRAM chips to meet surging demand for online activities.

"Even as the spread of COVID-19 caused closures and slowdowns at stores and production sites around the world, the company responded to challenges through its extensive global supply chain," the firm said in a statement. It also minimised the impact of the pandemic by "strengthening online sales channels and optimising costs," it added. Operating profit rose 23.48 percent to 8.15 trillion won, it said, even as sales dropped 5.6 percent to 52.97 trillion won.

The overall turnover of the wider Samsung group is equivalent to a fifth of South Korea's gross domestic product. Analysts said they expect Samsung Electronics' memory chips and television businesses to improve.

Diplomatic and military tensions between India and China could also play in Samsung's favour, analysts said, if Indian consumers choose to shun Chinese brands and opt for Samsung devices instead.

"The growth is likely to drive by memory chips and displays as both of these products are in high demand due to heavy content consumption during the lockdown," Prachir Singh, a senior analyst at market observer Counterpoint, told AFP.

INDIA'S ACTION FOR PREVENTION OF CORONAVIRUS, NO IMPACT ON TRAVEL FROM NEPAL | REVIEWS NEPAL

CHINA WILL BAN NOKIA AND ERICSSON AFTER EU BANS HUAWEI According to results released and vetted by research firm Canalys, Huawei’s 55.8 million phones shipped in the second quarter of 2020, beating 53.7 million shipped by Samsung for the top spot.

This would appear to be a big win for the Chinese tech giant, whose mobile business was dealt a major blow in May 2019 after being placed on the U.S. “entity list” by the Trump administration, which essentially barred Google from supplying its core mobile services to Huawei. Combining Huawei’s Q2 and Q1 (49 million) sales numbers, the company has sold the most phones in 2020 so far.

Apple sits comfortably in the third quarter with somewhere between 40 to 45 million, with the exact numbers still being confirmed as of the time of publication of the report. Xiaomi and Oppo finished fourth and fifth respectively with 28.8 million and 25.8 million.

Huawei now sells nearly two-thirds of its handsets in China, which took an early hit from the coronavirus pandemic but has since reclaimed ground as new cases have dwindled. Smartphone makers dominant in other countries are still struggling as new virus cases continue to rise.

S&P Global Ratings said in a report on Wednesday the latest restrictions on Huawei could wipe out $25 billion in revenue from several Asia-based firms. Huawei has yet to publicly address the impact these curbs will have on its operations.

It remains unclear how much of Huawei’s second-quarter sales were driven by its 5G smartphones and high-end models that are most vulnerable to the restrictions, said Nicole Peng, vice president of Mobility at Canalys.

The US government had put Huawei on the entity list, restricting them to use any components, products from the US. Huawei had started to create an ecosystem of its own. Huawei has recently launched the flagship P40 series phones with its Huawei Mobile Service (HMS) over the top of open-source Android OS.

The continuous improvement in the all-scenario products has brought the demand for the all-scenario ecosystem. Huawei and Apple are the only two device companies in the industry that have built their own software and hardware ecosystems.