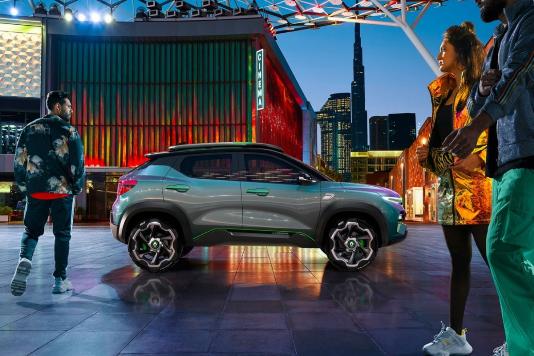 The Cheapest Sub-Compact SUV In India, Renault Kiger Looked Like This In The Teaser

"The teaser of the car has been released before the launch." The concept model of the car was unveiled in November 2020. The teaser of the car has been released before the launch. The production version of the car is shown in the teaser.

The car will be driven by a Magnite motor. SUV has two engine options.The first choice is a 1.0 liter petrol engine that produces 72 hp of power and 96 Nm of torque.

The second option is a turbo petrol engine that generates 100 hp of power and 160 Nm of torque. The engine has the option of manual and automatic transmission gearbox.

The Kiger SUV will be based on Renault's modular CMF-A Plus platform.

According to reports, the car will be the cheapest SUV in India.

Currently the cheapest SUV in India is the Nissan Magnite.The value of which is 549,000 Indian rupees.  The Renault Kiger is estimated to be worth between Rs 500,000. The sales volumes of the Renault brand worldwide rose by 38%, with more than 42,000 vehicles sold in the first half.

In Europe, ZOE is the best-selling car with a sales growth close to 50% to 37,540 units and reached a record level of orders in June with nearly 11,000 orders.

The electric offensive with the arrival of Twingo Z.E. and the launch of E-TECH Hybrid engines (New Clio Hybrid, New Captur Plug-In Hybrid, and New Megane Estate Plug-In Hybrid), has strengthened the Group's trajectory towards achieving its CAFE objectives for 2020.

The sales of the Group amounted to 623,854 vehicles, down 41.8% in a market that was down 38.9%. The Group successfully renewed all its B-segment models under the Renault brand (Clio, Captur, and ZOE). New Clio was the best-selling vehicle within the B-segment in Europe in the first half, with 102,949 units sold.

In the first half of the year, the Dacia brand recorded a 48.1% decline in sales to 161,334 vehicles sold, impacted by its exposure to the retail market strongly affected by the Covid-19 crisis.

In June, Group sales in Europe picked up with Renault and Dacia achieving respectively 10.5% (leading brand) and 3.5% market share. The Dacia brand is benefiting fully from customers' return to the sales network taking advantage of its full range of engines: LPG, gasoline and diesel.

In the Group's second-largest country in terms of sales volume, Groupe Renault is the leader with a market share of 30.2%, up 1.4 points. Sales fell 19.5% in a market that contracted 23.3%.

The Renault brand's market share rose 0.3 points to 8.1%. Arkana confirmed its success with more than 7,000 vehicles registered in the first half and established Renault in a brand-new coupe-SUV segment in Russia.

LADA confirms its position as the leading brand on the Russian market with a 20.8% market share, to which must be added 1.3% for the NIVA model (AVTOVAZ) which has just been rebadged LADA in July. LADA Granta and LADA Vesta remain the two best-selling vehicles in Russia.

In a market down 39.0%, Group sales fell 46.9%, mainly due to the new strategy of improving profitability and repositioning vehicle prices.

The Group's volumes were down 21.2% in a market that declined by 20.8%. The Group is currently implementing a new strategy aimed at refocusing its activities on LCVs with Renault Brilliance Jinbei Automotive Co, Ltd, and electric vehicles with eGT New Energy Automotive Co, Ltd (eGT) and Jiangxi Jiangling Group Electric Vehicle Co. Ltd (JMEV).

TOP 5 PICKUP TRUCKS IN NEPAL | SPECIFICATIONS AND PRICE IN NEPAL 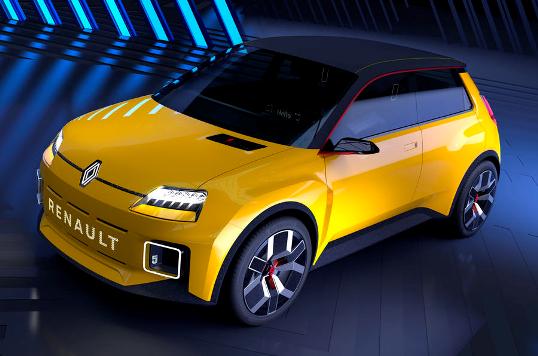 Renault unveiled the 'Renault-5' electric car, these are the special features

"The retro inspired electric hatchback brought by the company is getting a lot of discussion now."

Renault unveiled a prototype of the new electric car 'Renault-5' on January 14. The retro-inspired electric hatchback brought by the company is getting a lot of discussions now. The hatchback, which is part of the company's Renaissance Plan, is expected to hit European markets by 2024. Renault inspired prototypes from the popular Supermini in the 1970s and '80s. Box design, LED signature lights, high-tech displays, modern looks have made this hatchback electric the talk of the town. Renault design director Giles Vedal said the car was designed with the urban area in mind. According to him, this is one of the 24 new models that Renault will bring to the market by 2025. The company has not given any information about its other features.