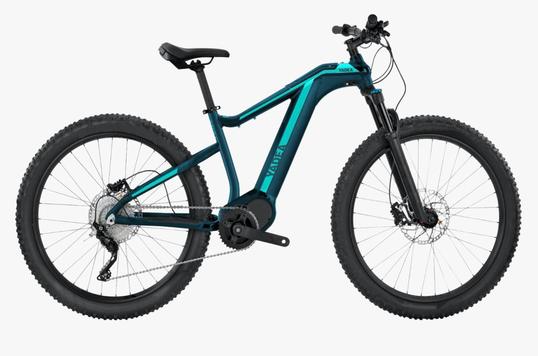 Yadea is a well-known Chinese manufacturer of electric scooters.  They have a manufacturing capacity of 10 million electric scooters each year and sells its scooters in over 80 countries. There are four models of Yadea e-bike in Nepal. These e-bikes are of high quality and have great performance. Yadea has recently introduced these e-bikes in Nepal.

All the models are all Terrain Electric Mountain Bike but SS1000 and SS800 are for extreme off-roading as well.

Let’s have a look at the four models of Yadea e-bikes in Nepal:

Yadea SS1000 is a mountain bike that makes it easy for you to go uphill. Its motor is run by Fusion 350W Mid- Motor. FUSION mid-motor is 100% independently developed by Yadea, which is unique in the pedelec industry. By charging for just 4.5 hours you can go 50 -60km. Yadea SS1000 is a lightweight mountain bike that gives you a full experience of riding the bike. Its higher voltage system lets you have quick acceleration, meaning you can win any race. SS 800 is the most comfortable e-bikes you can find. The bike has great looks and performs accordingly. If you love exploring hills, you can explore them with SS 800. This e-bike has excellent reviews from the users. SS 800 has greater stability thus the comfort. Your body will not be exhausted even when you ride more.

YT500 an e-bike that is more inclined on riding within urban places. This bike provides more comfort and more speed with easy mobility. The bike is for a fast city ride that mixes strength and comfort and is built specially to provide the slickest urban, two-wheeled transport. The yadea YS 500 is more of an everyday bike. This e-bike has more elegant looks and gives you comfort and speed every day. This e-bike can make your life easier. Your car is destroying the ozone layer while commuting in this bike provides you with better comfort and easy commuting. The 'saving the environment' part is already there. Where to buy Yadea E-Bikes?

What are the offers available on Yadea E-bikes? "Indian company Ather Energy is expected to bring electric cruiser motorcycles. Ather, which has been producing electric scooters, has focused on producing more models after the investment of Hero MotoCorp."

Indian company Ather Energy is expected to bring electric cruiser motorcycles. Ather, which has been producing electric scooters, has focused on producing more models after the investment of Hero MotoCorp.

The company has already stated that it will enter the motorcycle segment. 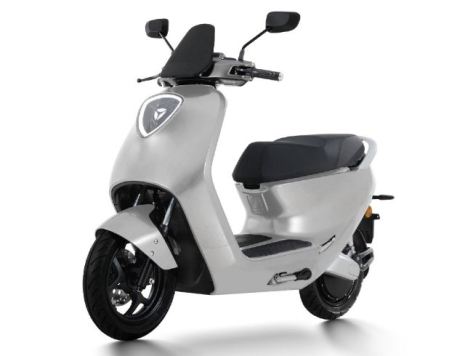 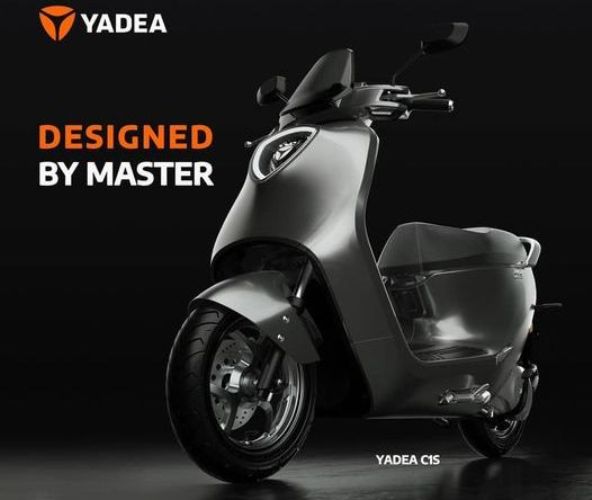 The scooter has a powerful  2.2 KW capacity 'Brushless Hub Motor'. It has a 60 volt 32 Ah Panasonic lithium-ion battery pack that can travel 70 kilometers on a single full charge. You can It is fully charged in 3.5 hours when charged from a DC charger. You will get a top speed of 60 kmph and a total weight of 93 kg.

You will also get disc brakes on the front and rear wheels along with CBS.  The scooter has many innovations and features including GEO-fencing, keyless start and lock (RFID), cruise control, self-sensing headlight, anti-theft alarm, a P-gear for increased safety, a reverse gear and USB charge ports for a mobile phone. The scooter is IP67 waterproof and can drive through water. The buddy seat of the scooter provides 25-liter storage space. The scooter has a Kinetic Energy Recovery System (KERS) or regenerative braking in which energy from braking is returned to the battery.

Price of Yadea in Nepal Why some Chinese are buying local electric car brands like Nio instead of Tesla?

Chinese consumers thinking about whether to buy Tesla's electric cars or local alternatives have two things at the top of their minds: price and driving range.

That's according to anecdotes — conversations from around the country that do not represent qualitative research. But the comments shed light on what some consumers care about in China, the world's largest auto market.

U.S.-listed Chinese car start-ups Nio, Xpeng, and Li Auto saw deliveries surge last year despite a slump in the overall auto market and the coronavirus pandemic. Shares of the companies soared in 2020, but pulled back slightly this year. To be clear, Tesla is still the market leader for high-end electric vehicles in China. During a quick check at the start of the evening commute one day, 11 Tesla cars passing by, along with two Nio SUVs, one from WM Motor and Xpeng's latest P7 sedan.

Here's what some Chinese consumers say factored into their decision to buy a local electric car.

First, the price was a major consideration. Chen Yingjie, 42, said he bought Li Auto's Li-One SUV in April 2020 for about 300,000 yuan ($46,000) after realizing it would cost him about twice as much to buy a similar car from Nio with all the specifications he wanted. Nio's starting price is low, but there are many features that come at an additional cost, Chen said. The Shanghai resident had previously bought Xpeng's G3 in 2019, and later a BYD electric car for his father in June 2020. Part of Nio's strategy is selling many car features via a subscription model. For example, the company launched a "battery as a service" plan last year that charges customers a monthly fee for battery power — similar to a regular fuel charge for a traditional gas-powered car.

For Wang Jingyan, 29, he said Nio's emphasis on customer care services was something he thought was worth paying extra for because it saved him time from going to a repair shop. Price was also a factor for him. Wang said he bought his Nio ES6 for about 450,000 yuan in late 2019 — his first electric car — after a recommendation from a manager at work and comparing it with a more expensive Lexus RX. He said he didn't have a chance to try out Tesla's Model 3 beforehand, but he didn't have that good of an impression based on his friends' experience and online stories about poor customer service at stores.

How far the car could drive on a single battery charge was another important factor for Chinese consumers. Zhang Zhen, 41, lives in a cold part of northern China and was concerned about an electric car's ability to have enough power to complete a driving trip while heating the vehicle. So last fall, his family bought a Li-One, which comes with a fuel tank for charging the battery. That fuel boosts Li One's driving range from 180 kilometers (111 miles) to 800 kilometers (497 miles) on a single charge. Zhang said his wife primarily uses the car to send and pick up their children from school, a daily distance of about 10 kilometers (6.2 miles). The children also prefer his wife's car to his non-electric car because they can watch cartoons on the vehicle's built-in interior screen, Zhang said.

But he's found repairs more of a hassle than for a non-electric car, and said he wouldn't consider buying another such vehicle in China's northeastern region due to the lack of public charging infrastructure there.

In an effort to support the local development of electric vehicles, the Chinese government has launched subsidy programs and emphasized the build-out of a national charging network. But compared with the U.S., the majority of cars in China do not have fixed parking spaces, making it difficult for many drivers to have regular access to battery charging stations, according to Mingming Huang, founding partner at Future Capital Discovery Fund, an investor in Li Auto.

That's why he expects range extension systems like the start-up offers may be the best option for China in the next five to 10 years. Li Auto's Li-One SUV comes with a fuel tank for charging the battery on the go.

Finally, many Chinese drivers are choosing electric cars because of favorable government policy, such as programs that make it far quicker and cheaper to get license plates for electric vehicles. Due to efforts to reduce congestion and pollution in Chinese cities, locals often need to wait years to buy expensive license plates for fuel-powered cars.

After waiting almost a year in Hangzhou city for a fuel-powered car license plate, a 27-year-old, who requested anonymity, decided not to wait any longer after seeing an Xpeng G3 electric car during a shopping mall trip. The car fit her budget at about 180,000 yuan, after government subsidies, she said. On the streets of Beijing, where license plates are also difficult to get, the higher-end electric car maker Tesla is still a popular choice.

WITH ITS BOLD IONIQ 5 EV