Today Apple has released iOS 13.6.1 and iPadOS 13.6.1 to all supported devices. As the small increment in versioning implies, this build is all about fixing issues, and doesn't bring any new features to the table. Still, that doesn't mean you shouldn't install the update as soon as possible.

After all, it promises to get rid of green tint on some displays, which was caused by a thermal management issue, apparently. It also fixes an issue which disabled Exposure Notifications for some users.

Additionally, an issue that prevented unneeded system data files from being automatically deleted when storage got low has been addressed, which should be especially useful for owners of older iPhones and iPads with not a lot of storage space available to begin with.

The iOS 13.6.1 update is a 110MB download, and should be ready for install right away if you check for it through Settings > General > Software Update. You may have already been notified about it.

This is likely to be among the last updates to iOS 13, seeing as how iOS 14 is due to be released this fall - and probably as soon as next month, if we go by Apple's timelines in years past. 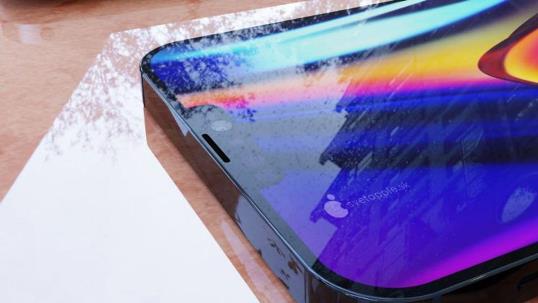 Mysterious industry insider ‘Mr White’ has continued his impressive track record leaking Apple hardware, by revealing the chassis for the coming iPhone 12. While this confirms the range’s move to a more angular new design, he also confirms Face ID will be the same size and, as a consequence, the large notch introduced with the iPhone X in 2017 will not be getting any smaller in 2020.

Apple had been widely expected to shrink the notch for the iPhone 12 line-up and almost every render showed this would result in a significantly better design. Moreover, with recent leaks also revealing Apple will increase prices while also shrinking battery capacities, the company’s decision to stick with the same notch for the fourth successive generation may be a deal breaker for some potential upgraders.

That said, for notch haters, there is still some cause for optimism. While Mr White did not reveal which iPhone 12 model the chassis is from, it appears to be the new 5.4-inch entry level phone. So it is possible Apple does have plans to introduce a smaller notch with the more expensive iPhone 12 Pro and iPhone 12 Pro Max.

Beyond this, however, there remain compelling reasons to upgrade. Most notably, all iPhone 12 models will come with 5G (albeit different versions), a multi-generational performance leap, a wider range of screen sizes and faster (potentially magnetic) charging. Pro models will also add some radical new camera tech.

All of which leaves users at a crossroads. At least with Apple officially delaying the iPhone 12 release and the possibility of a split launch increasing, you will have longer to make your mind up. 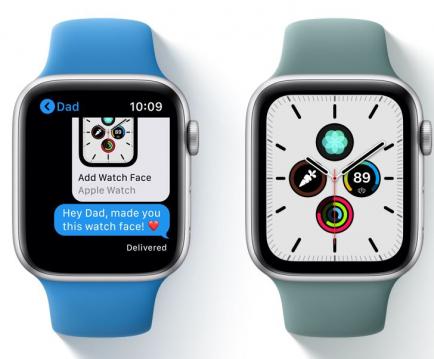 On Monday, Apple officially releases its first public beta of watchOS 7 for Apple Watch Series 3 and up. Although Apple has had the watchOS beta program for years now, this marks the first time that Apple releases it as a public beta. This means you won’t be required to have a developer account to download and test the next version of watchOS.

The Apple Watch has been missing native sleep tracking for years, but that hasn’t kept it from being one of the best-selling smartwatches. The Sleep app will have automatic sleep tracking, and a new tab will be added to the Health app. Dancing has been added as a fitness workout on the Apple Watch.

Apple Watch users will now be able to share custom watch faces and download faces from curated lists on the App Store.

WatchOS 7 will become publicly available for all Apple Watch Series 3 and newer starting this fall.