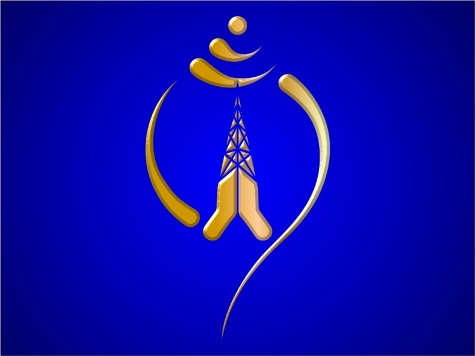 Internet Protocol TV to escort in on Nepal Telecom

"One should have access to the FTTH network for viewing the NT TV Service."

Nepal Telecom is to bring the INTERNET PROTOCOL TV into operation from Friday. Nepal Telecom had been developing IP TV for almost two years and is finally bringing it into operation. It will operate from New Years Day 2021 through the fiber-to-the-home(FTTH) in the NT TV brand.

Presently, Nepal Telecom provides its customers with voice service and data service through FTTH and is now adding the IP TV service as well. One should have access to the FTTH network for viewing the NT TV Service. For the time being the service will be available in Sundhara, Babarmahal, Thimi, Balambu, Bhaktapur, Chabahil, Chhauni, and Gongabu within the Kathmandu Valley.

Nepal Telecom's FTTH network has reached Patan, Hattigauda, Jorpati, Kirtipur, Sainbu, Lubhu, Naxal, and even up to Banepa outside the Valley and it would be available at places where the FTTH can be technically distributed.

CUG SERVICES PROVIDED TO THE STUDENTS, THEIR PARENTS, AND TEACHERS BY NEPAL TELECOM

WHICH MATERIAL WOULD YOU PREFER FOR YOUR VASE FOR YOUR HOME DECOR? "The concept of a prepaid Dollar Card has been approved by NRB. With this, banks can now issue Prepaid Cards for international payment for goods and services"

Nepalese users can pay for TOEFL/GRE tests, Netflix, Amazon, Online Ads, and many more BY themselves. Review document for the first quarter of the fiscal year 2077/78 in point no 66, stated, "Arrangement will be done for currency conversion for limited purchase/ import of foreign goods and services."

A descriptive document has been launched by NRB following the initiation.

for the time being, commercial banks were allowed to make the payment on behalf of their clients. While they could pay for amounts up to $3,000 on the client's request, amounts higher than $3,000 and up to $10,000 needed the regulator's recommendation.

No means for International payment raised various problems. Many Nepalese have been using the Paypal and Payoneer cards of their relatives residing abroad as there are no convenient means of payment for low-cost products and services. NRB has acknowledged the fact and identified such activities as Digital Hundi. Also, NRB confessed that the lack of a convenient payment system worsened the situation. Digital Hundi has been causing Nepalese wealth to leave the country without it being traced by the government. Apart from giving a distorted view of the country's economy, such activities also hide the revenue/tax that the government deserves.

Additionally, with the increasing number of brands and businesses on social media, NRB has sensed the need for a simple and efficient way by which one can pay for social media ads. From Domain Registration, Web Hosting, to App Subscription requires an international payment gateway. Thus, in order to prevent the growth of a shadow economy and to promote a transparent Digital Economy, NRB has introduced new facilities.

The concept of a prepaid Dollar Card has been approved by NRB. With this, banks can now issue Prepaid Cards for international payment for goods and services. These are things to keep in mind:

1) Nepalese cardholders are allowed to deposit a maximum of $500 for the international payment.
2) The existing fund in the Nepalese rupee in the respective bank account can be converted to foreign currency for that purpose.
3) Payment can be done only for the purchase of goods and services allowed by Nepalese laws.
4) Only one card can be made for international payment from only one bank by an individual or entity. Usage of multiple cards from multiple sources is a punishable act.
5) KYC and PAN are needed to apply for the Prepaid card.
6) If the cardholder is found to have generated foreign income amounting to at least double the card amount of $500, additional funds may be deposited to the card. This can be considered as NRB's reward to the cardholder for generating international revenue for the country.

HOW TO KNOW IF YOU'RE OVER WATERING YOUR INDOOR PLANTS