"Honda Nepal is now preparing to unveil the Hornet 2.0 - a naked streetfighter to compete with the likes of the TVS Apache RTR 200"

Following the introduction of the Honda H'ness CB350, Honda Nepal is now preparing to unveil the Hornet 2.0 - a naked streetfighter to compete with the likes of the TVS Apache RTR 200 and the Bajaj Pulsar NS200.

Despite the fact that the bike is built on an entirely new platform, it would not be incorrect to argue that the Hornet 2.0 is an improved version of the earlier Hornet. Nonetheless, Honda Motorcycles India has now reached the 200cc club with the Hornet 2.0. A 5-speed transmission is available as an option. The bike is said to be capable of covering 200 meters in just over 11 seconds. According to Honda, the Hornet 2.0 features class-leading mid-range torque and performance.

The naked streetfighter comes with a slew of premium features, including the segment's first USD forks and an all-digital blue backlit instrument dashboard with five levels of brightness. The Hornet 2.0 is outfitted with an all-LED lighting system that includes an angled LED headlamp, LED tail lights, and LED indicators.

The Hornet 2.0 is outfitted with an all-LED lighting system that includes an angled LED headlamp, LED tail lights, and LED indicators. To fit its sporty design, the bike also gets a robust 12-litre fuel tank with sharp extensions, a step-up seat, dual-petal disc brakes on both ends, a single-channel ABS system, and a compact muffler.

HEALTH MINISTER COMMITS TO PROVIDE COVID-19 VACCINES TO 60,000 AUTO MECHANICS ALL ACROSS THE COUNTRY Speaking on the launch, Atsushi Ogata, Managing Director, President & CEO, Honda Motorcycle & Scooter India Pvt. Ltd. said, "Inspired by the dreams of the new age customers & their passion for riding, we are pleased to introduce all-new Honda Hornet 2.0. With its advanced technology & thrilling performance, new Hornet 2.0 is set to create a new benchmark among the young motorcycle enthusiasts. It is the beginning of Honda's new era of portfolio expansion catering to a wide range of customers in India". 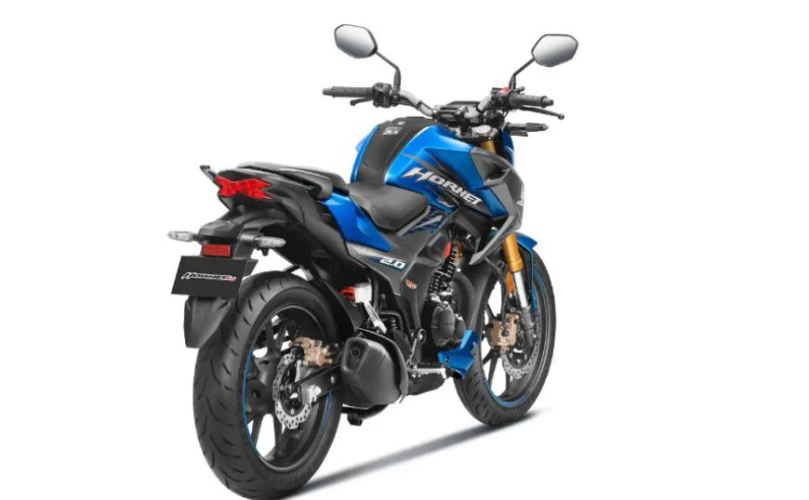 The bike is launched in India with a price tag of INR. 1,26,345. It will be soon launched in Nepal. We will update you about the Honda Hornet 2.0 launch and price in Nepal as soon as possible. Stay Tuned with us.

Honda has already patented the CBF190R for the Indian market which only denotes that the upcoming Pulsar NS200 rival could be largely based on this bike. Honda Hornet 2.0-based adventure bike likely to be called NX200

"Honda is working on a small Hornet 2.0-based adventure bike that will go on sale in India in the second half of 2021"

Honda is working on a small Hornet 2.0-based adventure bike that will go on sale in India in the second half of 2021, according to HT Auto in 2020. The Japanese two-wheeler manufacturer has now registered the name NX200 in the "Motorcycles and their Parts" class.

In terms of mechanicals, the NX200 will be powered by the Hornet 2.0's 184.5cc 2-valve, air-cooled single-cylinder engine. This is also expected to produce 17.26 PS and 16.1 Nm of peak torque. Transmission is most likely a 5-speed unit.

The NX200 will, of course, have exterior features such as long-travel suspension, high ground clearance, seat height, and a wide handlebar. It could also have knobby tyres for better traction when riding off-road. It has not been confirmed whether Honda will use spoke wheels, but the chances are slim. Other features that could be included are LED lighting, single-channel ABS, and a fully digital instrument panel.

It is expected to be priced between 1.30 lakh and 1.40 lakh (ex-showroom) and will compete directly with the Hero Xpulse 200 ADV.

NEPAL GOVERNMENT PLANNING A COMPLETE DIGITAL TRANSFORMATION FOR ITS SERVICES

HONDA N7X SEVEN-SEATER SUV, WHICH IS EXPECTED TO REPLACE THE BR-V, MAY ARRIVE IN INDIA