"1 in 10 search queries on Google is misspelled"

Google detailed a host of new improvements at its “Search On” event that it will make to its foundational Google search service in the coming weeks and months. The changes are largely focused on using new AI and machine learning techniques to provide better search results for users. Chief among them: a new spell checking tool that Google promises will help identify even the most poorly spelled queries.

According to Prabhakar Raghavan, Google’s head of search, 15 percent of Google search queries each day are ones that Google has never seen before, meaning the company has to constantly work to improve its results.

Part of that is because of poorly spelled queries. According to Cathy Edwards, VP engineering at Google, 1 in 10 search queries on Google is misspelled. Google has long tried to help with its “did you mean” feature that suggests proper spellings. By the end of the month, it’ll be rolling out a massive update to that feature, which uses a new spelling algorithm powered by a neural net with 680 million parameters. It runs in under three milliseconds after each search, and the company promises it’ll offer even better suggestions for misspelled words.

Another new change: Google search can now index individual passages from webpages, instead of just the whole webpage. For example, if users search for the phrase “how can I determine if my house windows are UV glass,” the new algorithm can find a single paragraph on a DIY forum to find an answer. According to Edwards, when the algorithm starts to roll out next month, it’ll improve 7 percent of queries across all languages.

Lastly, the company is also starting to use computer vision and speech recognition to automatically tag and divide videos into parts, an automated version of the existing chapter tools it already provides. Cooking videos, for example, or sports games can be parsed and automatically divided into chapters (something Google already offers to creators to do by hand), which can then be surfaced in search. It’s a similar effort to the company’s existing work in surfacing specific podcast episodes in search, instead of just showing the general feed. 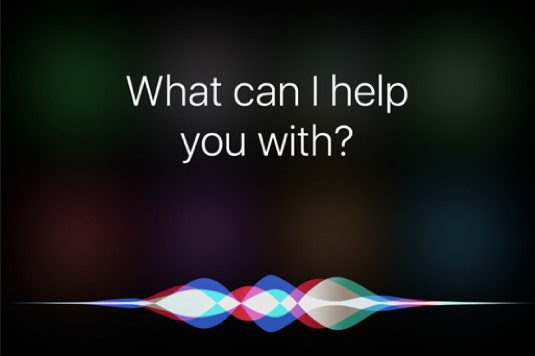 Apple to launch its own web-based search engine

A new report claims that factors are increasingly pointing to Apple expanding Siri search results and Spotlight Searches even farther, with the company potentially working on a universal search engine.

Apple already has a search engine it uses for Spotlight Searches and Siri. However, if a new report is accurate, Apple may be looking to ditch the financial arrangement it has for Google to be the default on the iPhone, and launch its own full search engine.

The main tentpole to the argument made on Thursday morning by Jon Henshaw at Coywolf says that it isn't clear if Siri Suggestions are using Google at all anymore. Instead, Apple is returning search results with Spotlight Search, and is bypassing other search engines.

In AppleInsider's own brief tests on Thursday morning, some outgoing and return traffic to and from Google for Siri Suggestions in iOS 14 passed through our router. The same search terms in iOS 13 pulled nearly entirely from Google.

The report goes on to say that Apple is investing heavily on search, and pointing to job postings for search engineers. However, the number of available jobs in related fields has decreased in the last year, versus increased. This may be a factor of coronavirus limitations more than anything else, making a year-over-year comparison difficult.

An update to the "Applebot" web crawler page for web developers was made in June as well. Henshaw notes that the changes included how to verify traffic was actually coming from Applebot, and the company provided details about differences in the crawler between desktop- and mobile-centric searches. The update also made clear that the crawler renders ages similarly to Google, and a section about search rankings was amplified upon. At present, the information Apple has promulgated about the crawler is very similar, if not identical, to how Google scans pages.

Henshaw also notes that the AppleBot web crawler has been busy, with him noticing it just recently. A quick perusal of AppleInsider crawler traffic has shown no notable increase or decrease in Applebot crawler traffic since 2015, following a slow launch in the fall of 2014.

However, despite some evidence that suggests that there is not an increase in factors that suggest an imminent launch, a full Apple search engine available to all makes some sense. Henshaw says that Apple's engine would weaken Google's stranglehold on search, provide better promotion for Apple services, tighten Apple's control of the full hardware and software stack, and allow developers to promote apps in larger search results beyond just App Store searches.

A big factor against Apple developing its own full search engine include the loss of the billions of dollars per year that Google pays Apple for the privilege. Additionally, it may draw some additional antitrust attention from regulators if it does so, in a time where the investigations and testimony demands are at an all-time high.

Henshaw does note that the product may never come to market.

"At this point, everything is based on observation and conjecture. They may never release a search engine. It's also possible that iOS, iPadOS, and macOS users will be using it and not even be aware of it," writes Henshaw. "It could be so tightly integrated into the operating system and native apps that alerts and Spotlight Searches slowly steal away queries that would have otherwise been made on Google." Google's John Mueller said on Friday's webmaster hangout that while the current URL parameter tool has been missing data for a while, it is not a sign that Google will deprecate it. In fact, he said when the tool does migrate to the new Search Console, it "will have some really cool stuff coming out."

John would not say more outside of "it'll be pretty cool" and he does not want to pre-announce anything.

He said this at the 11:04 mark when Mihai asked him about what is going on with the missing data in the URL parameter tool. John said the data should be fixed "fairly soon."

Here is the transcript on the data issue part:

The data there has been missing for a really long time but that's not because we want to deprecate it it's just because things are weirdly stuck on our side with kind of the various teams that are involved with creating that data. Internally we use the kind of similar data already, it's not that we don't follow that input at all. It's just the data that we display in Search Console is kind of stuck just before it reaches Search Console.
And my understanding is that that should get resolved fairly soon but I've been hoping that that's fairly soon for a while now. So I've been nudging a little bit more. Hopefully, that'll get better.

Then he hinted at what is to come, without saying more than it would be very cool and useful for very large sites:

With regards to moving to the new Search Console, My understanding is that they do want to kind of keep that functionality and move that to the new tool as well. I expect especially for larger websites we will have some really cool stuff coming out as well over time that. Yeah, it'll be pretty cool. I don't want to pre-announce anything so I'm not going to go into more any details there. But it definitely is something that makes sense to focus on as you mentioned for e-commerce sites with a lot of parameters. You can clean up some things there and make it a little bit easier to crawl and index your site.

We know Google still uses the data from this tool, a lot. And Google did say the URL parameter may change, which is why we have not seen it migrate yet from the old Search Console to the new Search Console.

TOP 4 CANON CAMERA IN NEPAL | WITH SPECS AND PRICE "Another way to search for songs"

For those times when you’re constantly singing a line of a song but just can’t remember what song those lyrics came from, Spotify can now help you with that. You can now search for songs by their lyrics on iOS and Android.

The feature looks to be pretty straightforward — type in some lyrics into Spotify’s search bar and the app will surface songs that match. Songs that could be what you’re looking for will have a “Lyrics match” tag, as you can see in this tweet from Spotify designer Lin Wang:

My team just shipped something on iOS and Android -

now you can find songs by lyrics 😉 on Spotify

I could see how searching by lyrics could be a really handy feature, especially for people like me. I’m quite bad at remembering song titles, but I can usually remember the key line of a chorus. It seems like that’s all I’d need to know to be able to find a song on Spotify that’s stuck in my head.

However, Spotify is catching up to Apple with this feature — Apple Music has let you search for songs using lyrics since 2018.

This isn’t the only lyrics-related feature Spotify has added recently. The company introduced real-time lyrics provided by Musixmatch to 26 markets in June. That’s also a catch-up feature to Apple Music, which added real-time lyrics alongside the release of iOS 13 last year.

HOW TO TAKE CARE OF YOUR PHONE'S BATTERY?

THINGS TO CONSIDER WHILE BUYING A FOUNDATION