"The arrival of Samsung's 2021 flagship in 2020 would be a stunning move and shake up the mobile industry."

Samsung is ready to hit back at Apple’s new iPhones, and its next Galaxy flagship smartphone seems to be coming much sooner than anyone expected.

SamMobile reports that Samsung is “fast-tracking Galaxy S21 production in a quite unprecedented manner and may even be ready to announce it before the end of the year.” The arrival of Samsung's 2021 flagship in 2020 would be a stunning move and shake up the mobile industry. It could also make a lot of buyers rethink their Christmas upgrade plans.

Going into more detail, SamMobile explains that sources in Samsung’s home country of South Korea report mass production of key components begin next month. The motivation for this accelerated release is said to be a combination of poor sales of the company’s 2020 flagships and this low demand subsequently freeing up production lines, allowing Samsung to accelerate its plans.

Needless to say, there is a critical difference between announcing a phone and when it goes on sale. So even if Samsung does announce the Galaxy S20’s successor (tentatively referred to as both the Galaxy S21 and Galaxy S30), it may still not arrive until the new year.

That said, from a commercial perspective, the circa-March launch of each annual Galaxy S flagship has always been strange. It not only means Samsung’s flagship is nine months old by the time the crucial Christmas period arrives, but it also gives each new generation of Apple iPhone a relatively uncontested first 5-6 months on sale.

Furthermore, with the recently released Galaxy Note 20 being Samsung’s worst premium smartphone in years, now would be a very good time for the company to change things up.

6 SKIN CARE APPLIANCES THAT YOU MUST GET YOUR HANDS-ON 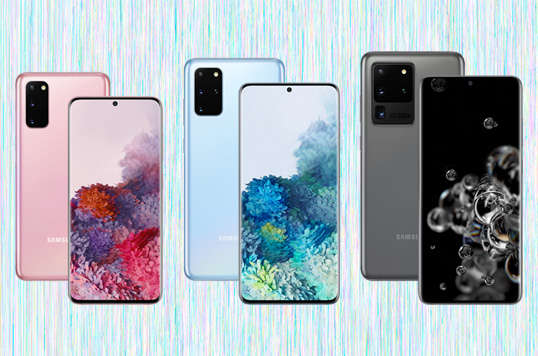 S series phones from Samsung is one of the most popular smartphones and Samsung Electronics today unveiled the Samsung Galaxy S20 series, a new series of flagship devices that fundamentally change the way we capture and experience our world. For a couple of months, there have been lots of rumors and leaks regarding the S20 line-up. looking at the past, the released devices were to be named S11 but Samsung devices to change it to S20. The Samsung S20 series includes Galaxy S20, S20+, and S20 Ultra using a brand-new camera architecture that combines AI with Samsung’s largest image sensor yet for stunning image quality. Along with the camera, the Samsung Galaxy S20 makes the experience of everything we love to do with our phones, easier and better—enjoy personalized music for every moment of the day, watch videos the way they are meant to be seen and play console-style games on-the-go. 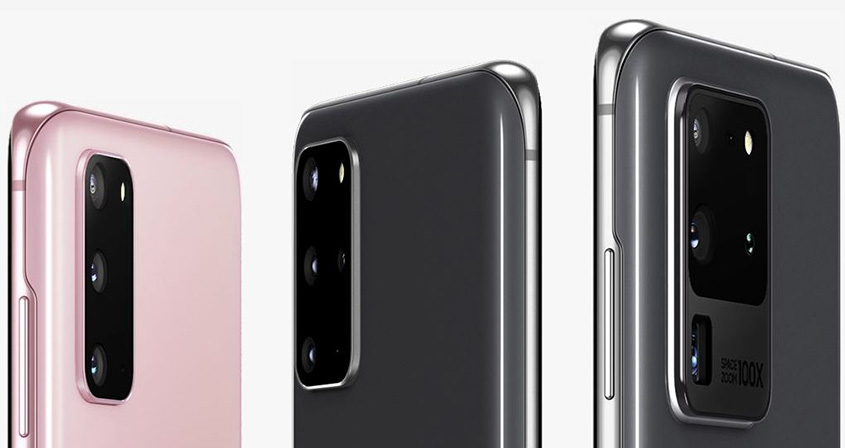 Samsung Galaxy S20 Ultra has not been launched in Nepal yet. We will update you soon about its launch and price in Nepal. Stay Tuned with us.

Samsung Galaxy S20 and Galaxy S20+ can be pre-ordered by depositing RS 5,000 in any Samsung Stores around Nepal during the pre-order period starting February 26. Customers who pre-orders S20 will either get Galaxy Buds+ for NPR 2,999 or Samsung 32; TV for NPR 2,999. Similarly, Customers who Pre-order S20+ can either get Galaxy Buds+ for free or Samsung 32 TV for RS 5,999.

Click here to know more details about the Pre-Booking Offers 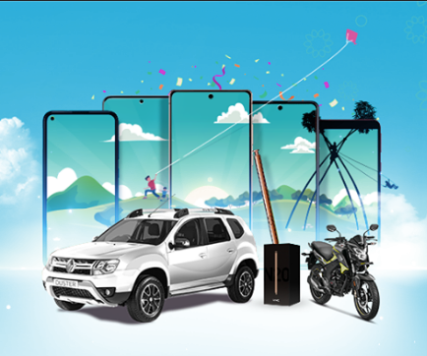 "Get a chance to win Honda Hornet 160R, Samsung Note20 and a Renault Duster under the Samsung mobile Dashain offer 2077."

Samsung Nepal has brought an exciting Dashain offer- 'Bada Dashain Big Dhamaka' in which you can get a chance to win Honda Hornet 160R, Galaxy Note20, and Renault DUSTER in the purchase of any Samsung smartphone or tablet. The offer will be valid from October 2, 2020, to November 17, 2020.

Purchase the Samsung smartphone or tablet from the authorized outlet or e-commerce within the offer period. Send the serial no. of the product, which can be found in settings>about the phone, to 31003. After sending the SMS, the participant will receive a text from 31003. One serial number will be registered only once and only 2 serial numbers can be registered under one phone number.

The offer is valid only for the Nepalese citizens excluding the family members and employees of National Distributors and Samsung & its affiliates/associate/subsidiary companies & their dealers/distributors/retailers, suppliers, advertising agencies & event management companies.

FURNITURE IN NEPAL- BRANDS AND AVAILABILITY Google Assistant is now available on newer Samsung smart TVs in the US, the companies announced. The AI helper will be available on Samsung 2020 smart TV models, including the 2020 8K and 4K QLED models, the 2020 Crystal UHD TVs, 2020 Frame, and Serif sets, and 2020 Sero and Terrace models. The update will be available in the US first and roll out to more countries soon, according to Google.

Pressing down on the TV’s remote control mic will activate Assistant, and users will be able to switch channels, open apps, and adjust the TV’s volume with voice commands. The TVs already had voice command settings available that could be controlled with the mic on the remote, but you’ll have to tell it you want to use Google Assistant rather than Samsung’s default Bixby assistant. And you can control other smart home devices you have connected to Google Assistant, too. After installing an OTA update, users can enable Assistant on their Samsung TV by going to Settings > General > Voice > Voice assistant.

There were hints that Samsung was considering more uses for Google Assistant, with reports over the summer that the companies were negotiating to feature Assistant more prominently on Samsung devices. It’s not totally clear what this means for Bixby, which Samsung introduced in 2017, but the company reportedly has started phasing out some Bixby augmented reality features.
Google also announced that the Assistant-enabled Lenovo Smart Clock Essential is now available, which we reviewed in August. The clock, which goes for $49.99 — a good bit cheaper than other voice-assisted clocks — can stream playlists and podcasts, add items to shopping lists, make calls, and control other compatible smart devices.

Reviews is conducting a weekly contest. Answer a simple question and get a chance to win exciting gift hampers from Aiken Care:: Package. Go to our Facebook page for more details or also can check the details on our Instagram page.

DIFFERENT TYPES OF VACUUM CLEANERS AND THEIR FUNCTIONS

APPLE TO LAUNCH FIRST ONLINE STORE IN INDIA NEXT WEEK 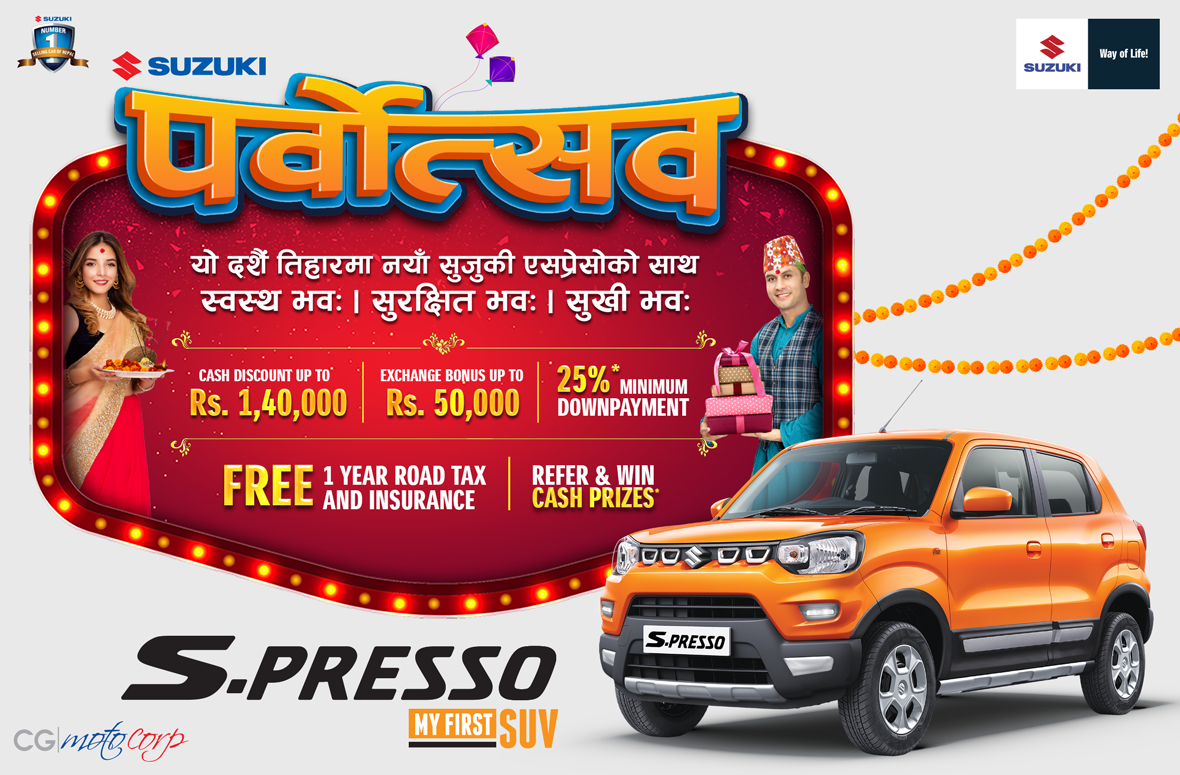