"Apple claims it’s the smallest, thinnest, and lightest 5G phone in the world."

Apple has made the $729 iPhone 12 mini smaller by removing Touch ID and replacing it with Face ID, alongside a significant reduction in bezels around the display. Apple claims it’s the smallest, thinnest, and lightest 5G phone in the world.

The shared specs include a 12-megapixel f/1.6 main camera — the fastest aperture in any iPhone yet — and a 12MP ultrawide. Apple has improved low-light performance on the iPhone 12 mini, and the front-facing camera will also include its own Night Mode.

The display glass on the iPhone 12 mini is also coated with what Apple describes as a “Ceramic Shield” for better durability. Water and dust resistance has also been improved to an IP68 rating.

Apple is also using the new MagSafe magnet system on the iPhone 12 mini. It supports wireless chargers (including Qi-enabled devices), case accessories, and even leather wallets that all snap onto the rear of the device.

Apple’s iPhone 12 mini is priced starting at $729 and will be available in five color options: blue, green, black, white, and red, Preorders for the iPhone 12 mini will begin on November 6th at 5AM PT / 8AM ET, with the handset shipping on November 13th.

Correction: Apple originally announced the iPhone 12 Mini would cost $699. The MSRP is actually $729. That lower price only applies after a $30 discount from specific carriers.

TIPS TO GET PERFECT EYEBROWS | REVIEWS "The Oppo F15 is the successor to the Oppo F11 and Oppo F15 features a new, slim design, USB Type-C port, an in-display fingerprint sensor and four rear cameras."

The Oppo F15 is the successor to the Oppo F11 and Oppo F15 features a new, slim design, USB Type-C port, an in-display fingerprint sensor and four rear cameras. The new finish looks nice and the phone feels light to hold. The 6.4-inch AMOLED display gets bright and has good sharpness, thanks to the full-HD+ resolution. Oppo F15 is powered by the MediaTek Helio P70. There's also 8GB of RAM and 128GB of expandable storage in Oppo 15 phone. The F15 runs on ColorOS 6, which is based on Android 9 Pie. General app performance is good and the phone handles games fairly well too. The 4,000mAh battery also offers solid battery life and there's fast charging, through VOOC 3.0 Flash Charge.

The primary 48-megapixel sensor captures good, pixel-binned photos but you can't shoot at the full, 48-megapixel resolution. The 8-megapixel wide-angle camera has autofocus, so it can be used for very close-up shots. Low-light performance is it inadequate and there's no support for 4K shooting. 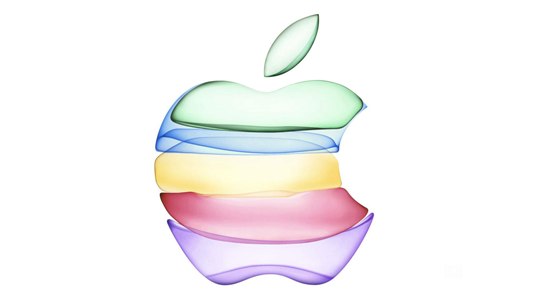 "5G will finally get its U.S. closeup with the expected debut of Apple Inc’s next iPhone on Tuesday. But the blazing speeds promised will not materialize for most people."

5G will finally get its U.S. closeup with the expected debut of Apple Inc’s next iPhone on Tuesday. But the blazing speeds promised will not materialize for most people.
The device dubbed the iPhone 12 by analysts, can tap into 5G or fifth-generation wireless technology, which theoretically operates as much as 10 to 20 times faster than current 4G wireless networks.

Using the next iPhone or any 5G enabled device on today’s network, however, will be “like having a Ferrari ... but using it in your local village and you can’t drive to up to 200 miles per hour, simply because the roads cannot maintain those speeds,” explained Boris Metodiev, associate director of research firm Strategy Analytics.

Apple, which is expected to unveil the new phone at a virtual event on Tuesday, will need to walk a tightrope between enticing consumers to upgrade their phones while not over-promising what 5G can do today.

Current 5G U.S. networks mostly use a low-band wireless spectrum, or airspace, that is slower than the high-band spectrum but more reliable over long distances. It will likely take years before the massive speed boost phone carriers promise will make augmented reality and real-time cloud gaming seamless.

Several U.S. telecom operators have deployed networks based on lower spectrum bands, with slightly higher speeds than 4G. A noticeably faster variant of “mid-band” 5G is also being rolled out, but it is unlikely to reach three-quarters of Americans until 2025, estimated longtime Apple analyst Gene Munster of venture capitalist firm Loup Ventures.

The fastest speeds touted by carriers are a type of 5G called millimeter Wave, or mmWave, that work over shorter distances. Verizon Communications Inc has the largest current mmWave network, available only in limited areas.

On average, AT&T Inc and Verizon customers with 5G phones saw only a small bump up from 4G speeds, according to the same study.

In South Korea and in China, faster 5G networks are more pervasive. But Apple will be competing against local brands including Samsung in South Korea, which is already on its second line of 5G phones, and China’s Huawei Technologies Co Ltd [HWT.UL], whose sales have surged after the telecom giant was banned in the United States.

The other big letdown is that applications using higher speeds to deliver something new have yet to be created. It is a chicken and egg problem at this part of the tech cycle, executives said, noting that interest in 4G was fueled by Facebook Inc’s mobile apps and Alphabet Inc’s YouTube.

ELECTRIC VEHICLES OWNERS HAVE TO PAY YEARLY TAX IN NEPAL

HOW TO TAKE CARE OF YOUR PHONE'S BATTERY? Umidigi A7 Pro with AI Quad Camera Launched in Nepal

"Umidigi A7 Pro with AI Quad Camera and FHD+ display is launched in Nepal." Umidigi A7 Pro has a premium quality finish with a glass back and metal chassis. The illuminating shine gives a premium look in both front and rear. A fingerprint scanner and quad-camera module are at the rear panel of the phone. At the front, the phone features a teardrop notch which houses the selfie camera.

The phone has a 6.3 inches FHD+ display, which at this price is pretty alluring. The high-quality display is expected to improve the viewing experience of the smartphone. The aspect ratio of the phone is 19.9:9.

Unlike its camera, design, and display, the performance and hardware of the phone are not much impressive. The phone features a MediaTek Helio P23 chipset. The smartphone scores 122,547 in AnTuTu configuration which fares well against 92,514 of A5 Pro. Umidigi A7 Pro is available in 4GB RAM and 128GB storage.

Talking about the camera, the most attractive feature of the Umidigi A7 Pro is its AI Quad-Camera. At the rear, the quad-camera setup features a 16MP primary sensor, a 16MP ultra-wide sensor with a 120-degree view, a 5MP macro sensor, and a 5MP depth sensor. The phone can capture high-quality detailed pictures even in the darkness with its AI scene recognition. At the front, inside the teardrop notch, the phone features a 16MP selfie camera.

As for the battery, it features a 4150mAh battery which lasts at least for a day. Moreover, the phone supports Type-C charging, and inside the box, we can find a 10W Type-C USB charger.

The phone is available in 4GB/128GB configuration at the price of Rs. 17,690 in Nepal. Currently, you can purchase the phone from the famous e-commerce sector i.e. Daraz.

HOW TO CHOOSE BETWEEN CONTOUR CREAM OR PALETTE?

APPLE IS HIDING A SMILE BEHIND ITS NEW MASK EMOJI

THINGS TO CONSIDER WHILE BUYING A AIR CONDITIONER